Tips for vegans with non-vegan parents

One of the challenges we face when transitioning to living as a vegan is navigating the relationships with those we hold close. Unfortunately just because our family loves us, doesn’t necessarily mean that they are going to make the same connections that we have made between the food we eat and the animals that we care about. Sadly, they may never become vegans themselves.

For those of us who feel very deeply about veganism, we often find it difficult to be around our animal eating family and this can lead to arguments, isolation and even complete alienation from the family unit.

Ultimately this isn’t good for us, for our family, or even the animals. We can no longer initiate changes, however small, if we have no contact. As well, we risk losing a major support network.

Our aim is to find that happy medium where we don’t have to compromise our ethics and can still maintain our family relationships. More often than not, harmonious relationships will lead to open conversations and people will be more inclined to change. 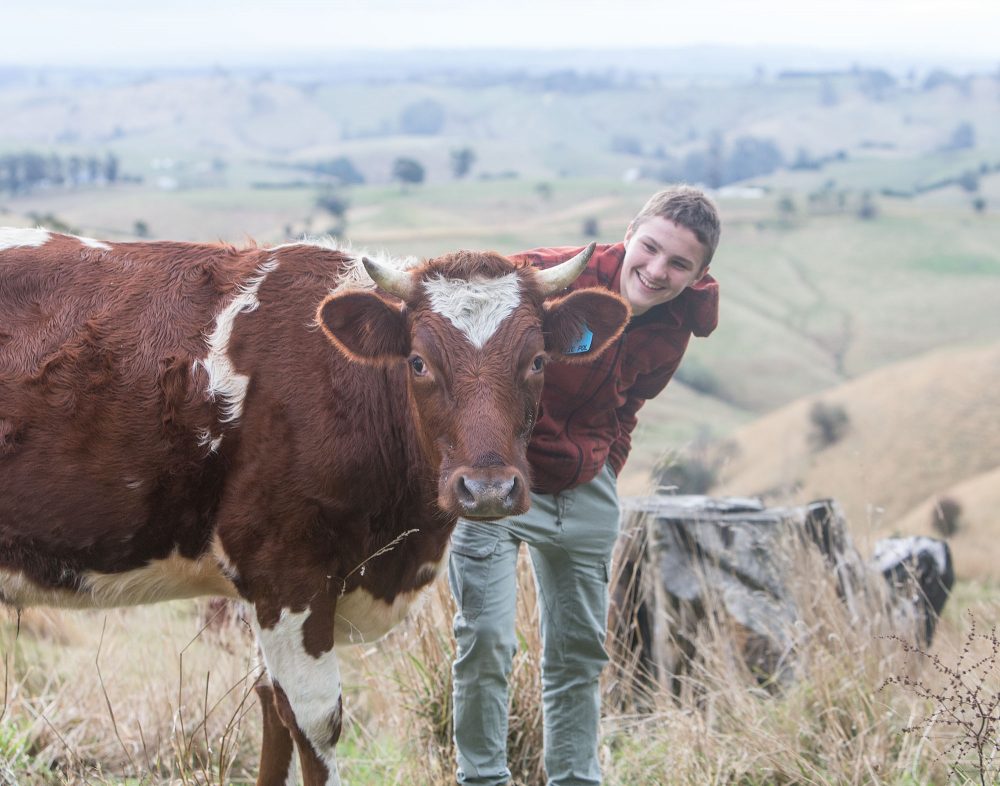 Oliver, one of our organisers from Animal Liberation Youth, shared some of his thoughts and suggestions on how he navigated these issues with his own family when he became a vegan at the age of 16.

When I became vegan one of the mistakes I made was to not specify exactly why I wanted to be vegan. Remember while the change for you may have come after weeks or months of research and critical thought, for the other person it can seem unexpected and sudden.

Let your parents know that it is not just a ‘phase’ that you are going through. Remember actions speak louder than words. Demonstrating this could be through watching animal rights related movies, Youtube videos and listening to podcasts together. Maybe getting involved with an organisation that represents your beliefs, or reading up on relevant issues so that your family can see you are making an informed and educated decision.

My parents, like many others, found it difficult to come to terms with their child being vegan and what that meant for them. Cooking two sets of meals and figuring out lunchboxes can be difficult. Give positive reinforcement about all the “normal” foods mum or dad can still make for you, ie. vegemite/peanut/avocado/salad sandwiches and lots more. Let them know how much you appreciate it when they cook vegan food for you and how yummy it tastes, even if it’s not! People remember the good feelings you give them.

3. Help out with shopping and cooking

Let your family know that you are happy to help out with cooking, shopping or supplying easy recipes and be conscious of the general day to day issues that come up regarding veganism. Letting them know you want to help them is important because as soon as they start to struggle themselves, it will turn into anger and frustration which can then be very hard on you. Try to have troubleshooting conversations ahead of time, especially for big family events, like Christmas.

Shopping can be hard for parents (with vegan kids) when they don’t know what to look out for. Make sure they know what you don’t eat before they go shopping (meat, dairy, eggs, honey, and sneaky things like gelatine and so on). Perhaps provide a relevant list. Even better is to go shopping with them. That way you can educate them as to what is and what is not vegan.

It is also good to learn some cheap, nutritious, vegan meals, without going straight to the expensive vegan sections of the supermarket or shops. Just picking out normal everyday things, such as baked beans, pasta, veggies and other non- expensive items (check out our cheat sheet) will show them how it isn’t an expensive or difficult diet. The special vegan things such as mock burgers, nuggets, sausages, yoghurt and ice-cream will come with time, as they become more supportive.

The same strategies apply for cooking. Getting in the kitchen and cooking new recipes will help demonstrate your willingness to give them support, help develop their own confidence in a vegan kitchen, and ultimately make it easier for all family members to accept your ethical life choices.

One of the hurtful things my parents did was swapping food that was not vegan into my vegan meals or just saying the meal was vegan when it wasn’t. Let them know that swapping your food for non-vegan foods is hurtful and it breaks your trust. Standing up to your parents about things like this can be really hard, but letting those things slide or ignoring them gives them the OK to keep on doing it.

If you are struggling try having a dot point list of things you want say before broaching the conversation or try writing a letter instead. This may help focus your conversation and not let emotions get in the way of your message.

Communication is vital to a healthy relationship, no matter your age. Make sure you work out what you need to say prior to discussing the problem and then try to calmly work through issues. If the conversation is going nowhere or emotions are running high, it can be best to leave it and try again later.

Sometimes you may need to revisit the same conversation several times before you reach an agreement.

Remember that many parents, regardless of how it may seem in the moment, do try hard to do the right thing and only want to make sure you are healthy and happy. But… sometimes they do get it wrong. When your parents, or anyone, make a mistake, like accidently buying something with honey in it, it’s important to sympathise with them and cut them some slack. Try not to get angry because they may be genuinely trying. Thank them, praise the effort and then kindly explain why you can’t eat it ( ie. explain what happens to the animal, in this case bees, in order to produce honey). This can be a really hard and awkward situation.

Being new to veganism, our emotions can be strong and we can get angry, especially when we think they have done it on purpose or when they keep making the same mistakes. This can be applied to many other situations such as shows with animals or clothing.

Remember, if they are trying to give veganism a go you need to acknowledge that. Kindness and education is best in all situations.

If you’re the only vegan at home you might feel you are entitled to all the vegan food in the house, and that seeing that they are not vegan, they shouldn’t eat your vegan food. This was the mistake that I made at the start of my transition. Instead, do the opposite!

Encourage them as much as possible to eat vegan food and buy vegan substitutes. Even if they don’t make the transition to veganism, you’ll soon find the pantry and fridge mostly full of vegan food, which is good for you and the animals!

The difficult and most important point is educating your family. It’s hard to gauge how parents will react to being told about veganism. Some will be open to it and others will be really defensive. You must be prepared to be persistent, to answer a lot of questions, have many debates, and often engage in the same repetitive conversations. Be persistent without becoming dogmatic. Be relaxed and don’t burn yourself out.

If there is a video you’d like them to see, show it to them but allow them to say no. Be creative in your education and come at it from all angles. Maybe they don’t empathise strongly with animals, but they love the environment.

Don’t expect your parents to change straight away. It may take months or years to become fully vegan and even then maybe they still won’t embrace it. But! All change is good change.

Be sure to praise all the small changes they do make and don’t stop encouraging and educating them.

Realise that you have a greater chance of influencing someone by being in their lives and assisting them to create change. Ultimately the most important thing is staying strong and true to your values. Remember that veganism is about compassion to all beings, including your family. Develop the confidence to say no and to stand up for yourself and always be willing to ask for change. 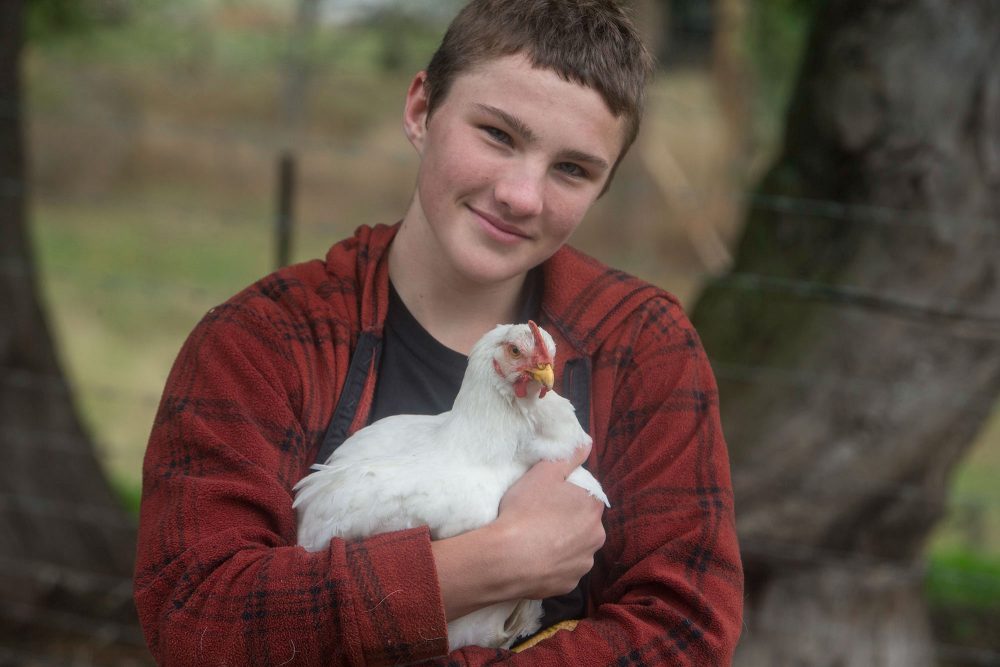 My name is Oli and I have been vegan for about 11 months now. I first started to realise the horrors of the animal agriculture industry when I witnessed some pretty horrible things on a Sheep and Cattle farm that I used to work on. Since then I have learnt so much about myself and the truths behind the so well hidden meat, dairy and egg industries. I am now an advocate for animals rights, volunteering for Animal Liberation Youth and doing as much activism as possible, such as slaughterhouse vigils, protests and vegan outreach.