He ate nothing but vegan 'junk food' for six months and is now declared medically obese with both physical and mental health problems - but the trainer vows to inspire others... 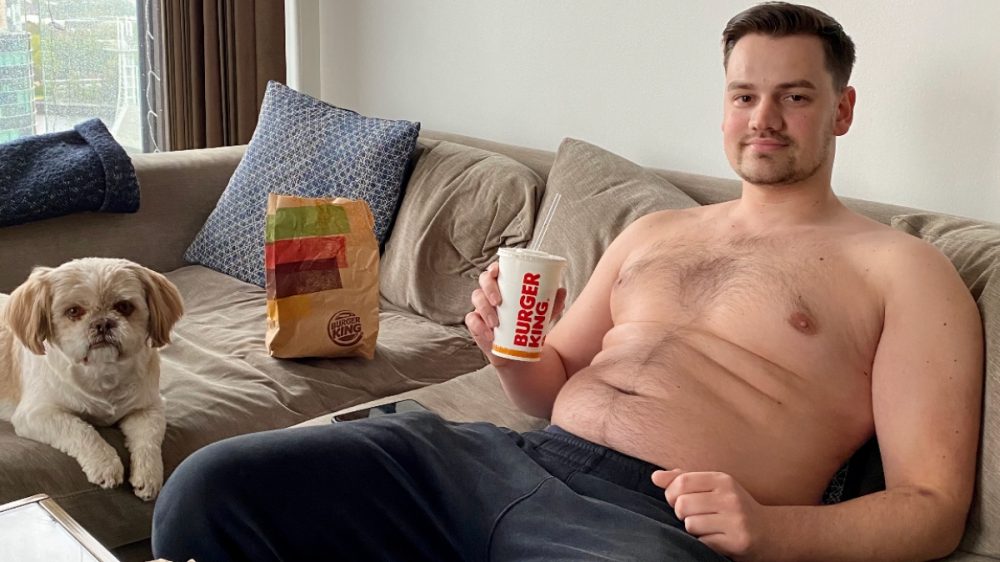 However, over the next six months, he is documenting his journey on the diet plan to highlight the benefits of going plant-based.

In order to pile on the pounds, Roberts increased his total calorie intake from 2000 a day to a whopping 5000.

This was achieved by eating purely vegan ‘junk’ food every single day. The journey was ‘extremely hard’, he told PBN.

Moreover, the fitness trainer stopped working out. At the start, he had 10 percent body fat but now weighs in at 27 percent.

This means he is now medically determined as obese, as his body fat is greater than 25 percent.

The impacts on Roberts’ mind and body have been extreme.

“I want to inspire those who are struggling with overeating, and mental health difficulties as a result of the pandemic”

‘As well as struggling mentally, I have also had a scare physically. It ended in me having to go to hospital after having pains in my chest, left arm and leg’, he explained.

During the process, he observed how much of a difference diet and a lack of exercise have on mental health.

Despite the negative effects, Roberts is enduring the grueling challenge to encourage people to adopt a healthy plant-based lifestyle.

He said: “I want to inspire those who are struggling with overeating, and mental health difficulties as a result of the pandemic.

“I am now going to lose all the weight I have put on in the next six months. And, share my journey to show how powerful and effective a whole food plant-based diet can be for healthy weight loss.

“My hope is that people will see this journey and be inspired to try a vegan diet to help lose weight.”