The global rise in the red and processed meat trade over the past 25 years is linked to a sharp increase in diet-related ill health. 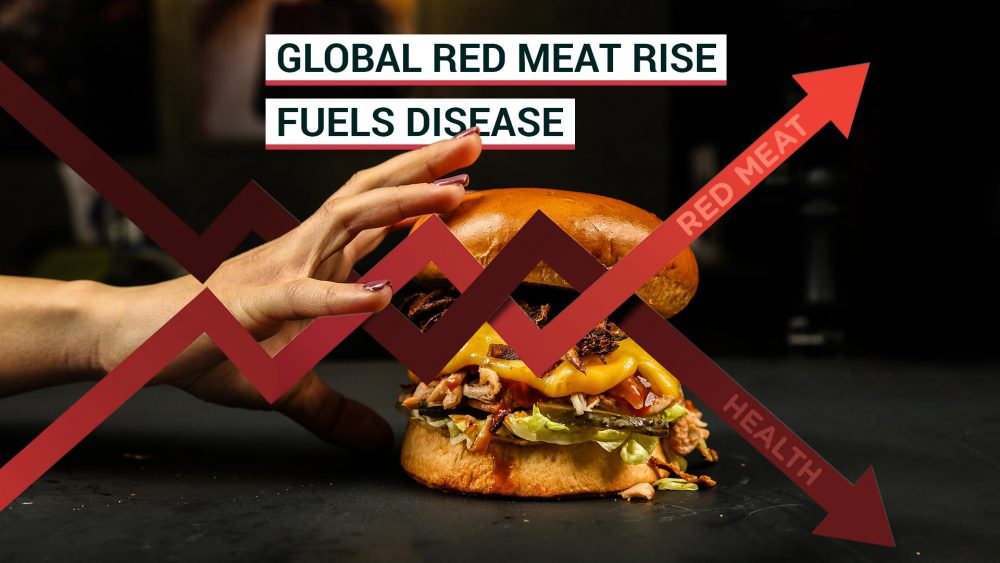 The impact is greatest in Northern and Eastern Europe and the island nations of the Caribbean and Oceania, finds an analysis published in the open-access journal BMJ Global Health.

The global rise in the red and processed meat trade over the past 25 years is linked to a sharp increase in diet-related ill health, with the impact greatest in Northern and Eastern Europe and the island nations of the Caribbean and Oceania, finds an analysis published in the open-access journal BMJ Global Health.

Health policies should be integrated with agricultural and trade policies among importing and exporting nations as a matter of urgency, to stave off further personal and societal costs, say the researchers.

Among continuous urbanization and income growth, the global red and processed meat trade has risen exponentially to meet demand. This trend has implications for the environment because of its impact on land use and biodiversity loss.

The researchers wanted to find out what impact the red and processed meat trade might be having on diet-related non-communicable disease trends and which countries might be particularly vulnerable.

They drew on data on meat production and trade from the UN Food and Agriculture Organization (FAO) from 1993 to 2018 for 154 countries, focusing on 14 red meat items derived from beef, pork, lamb, and goat, and six processed primarily beef and pork items, preserved by smoking, salting, curing, or chemicals.

They then calculated the proportions of deaths and years of life lived with disability (DALYs) attributable to diet due to bowel cancer, type 2 diabetes, and coronary artery heart disease among those aged 25 and over in each country.

Diet-related deaths and DALY rates associated with the global meat trade rose in three-quarters of the 154 countries between 1993-5 and 2016-18.

Worldwide, the researchers calculated that increases in red and processed meat consumption, aligned to increases in trade, accounted for 10,898 attributable deaths in 2016–18, an increase of nearly 75% on the figures for 1993-5.

The global meat trade contributed to increases of 55% and 71%, respectively, in attributable deaths and DALYs in developed countries between 1993-5 and 2016-18.

The equivalent figures in developing countries were significantly higher: 137% and 140%, respectively, primarily as a result of increased demand for meat, prompted by rapid urbanization and income growth, suggest the researchers.

Between 1993– 2018, island nations in the Caribbean and Oceania and countries in Northern and Eastern Europe became particularly vulnerable to diet-related disease and deaths associated with large meat imports.

The island nations have limited land for meat production, so they depend heavily on meat imports. At the same time, many of the European countries, such as Slovakia, Lithuania, and Latvia, benefited from regional trade agreements and tariff exemptions after joining the European Union in 2003-4, which accelerated meat imports, explain the researchers.

In 2016–2018, the top 10 included The Netherlands, Bahamas, Tonga, Denmark, Antigua and Barbuda, Seychelles, United Arab Emirates, Singapore, Croatia and Greece. The meat trade in these countries accounted for more than 7% of all deaths attributable to diets high in both red and processed meat in 2016-18.

Attributable death and DALY rates associated with the global meat trade fell in 34 countries between 1993–5 and 2016–18. But this was partly due to population growth exceeding increases in meat imports in 24 countries, while domestic meat production increased in 19.

In more than a half of these countries (20) the absolute number of diet-related deaths and DALYs rose in tandem with increased meat consumption between 1993-5 and 2016-18.

And some countries, including Brazil, Paraguay, Argentina, and Germany, increasingly acted as net meat exporters, changing their land use, with consequent biodiversity loss.

This is an observational study, and as such, it can’t establish cause. And the researchers acknowledge that many countries import and process red meat items for export, which may have skewed their findings.

“This study shows that global increases in red and processed meat trade contribute to the abrupt increase of diet-related [non-communicable diseases]… Future interventions need to urgently integrate health policies with agricultural and trade policies by cooperating between responsible exporting and importing countries.”