The first ever pro-vegan commercial has been broadcast in Israel, making a provocative statement with a live lamb.

Note: this ad is not violent or graphic and is suitable for work.

The advert shows a young couple in a grocery store, looking to buy ‘extra fresh’ lamb from the meat counter. After the woman asks again for the meat to be “extra fresh”, the butcher comes out holding a live lamb, leaving the couple visibly uncomfortable.

A voiceover asks viewers to “make the connection” between the meat we eat and the animals it comes from. It also emphasises that over a million people in Israel have “already made the connection”, in a nod to the country’s significant vegetarian and vegan population.

The piece was broadcast during one of the nation’s most popular programmes, and is estimated to have reached 3 million people – 35 per cent of Israel’s population. It aired during the season finale of ‘Survivor Israel’, one of the most-watched series in Israeli television history. 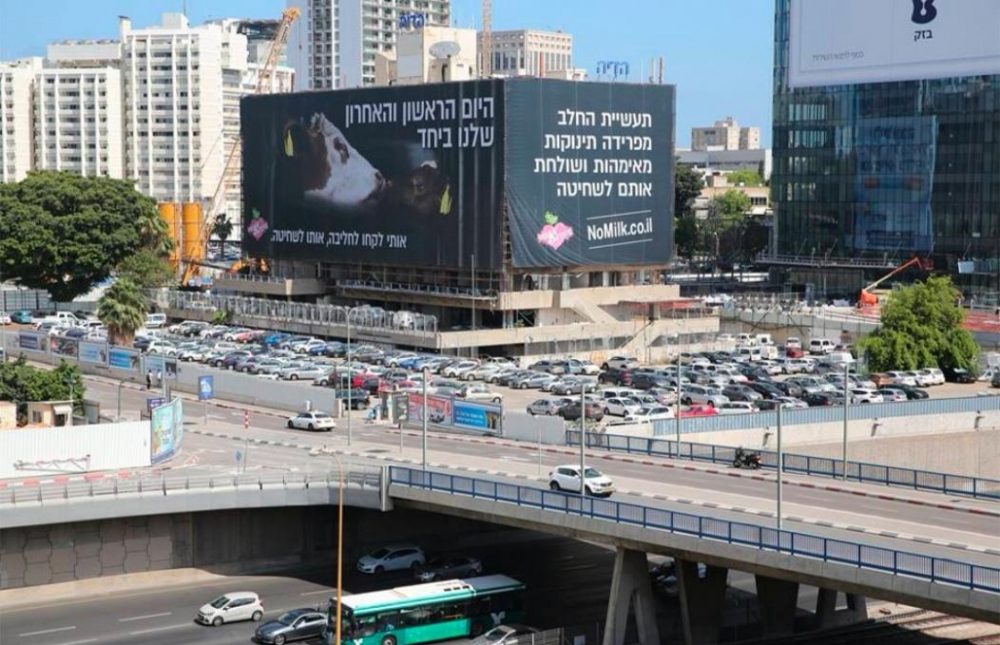 The commercial was conceived by international charity Vegan Friendly, whose mission is to promote plant-based diets in order to stop animal cruelty and slow down climate change.

“The Israeli audience saw on prime time, at the climactic moment of a reality show, the real source of the food it needs,” says Omri Paz, founder and CEO of Vegan Friendly.

“I want to thank our loyal donor audience that helped us get it on air. The advertisement raises the issue of veganism to the wider public discourse, and even influence many people to make a different choice when they approach the supermarket.

“In the presentation of the advertisement, we are also interested in giving support to those who have chosen a vegan lifestyle, so that they will feel represented on the television screen.”

Israel has been dubbed the ‘world’s vegan capital‘ in the past, as it has more vegans per capita than any other country. It was also ranked the third best country on the planet for vegans by Chef’s Pencil.

The country’s affinity for vegan cuisine, and the widespread availability of plant-based dishes, is likely related to Judaism’s strict dietary laws for keeping kosher. People who keep kosher have to store meat and dairy separately, both in terms of food preparation and on the plate within meals.

“Unique to this newly formed country is the mix of the traditional Mediterranean diet of the area and the strict dietary laws of kosher food – the separation of meat, dairy, and pareve, which is pretty much vegan apart from the fish gelatin and honey, which means it has been easy to embrace veganism,” explains Chef’s Pencil.