Plus, he’s got a great trick for making sure he stays hydrated. 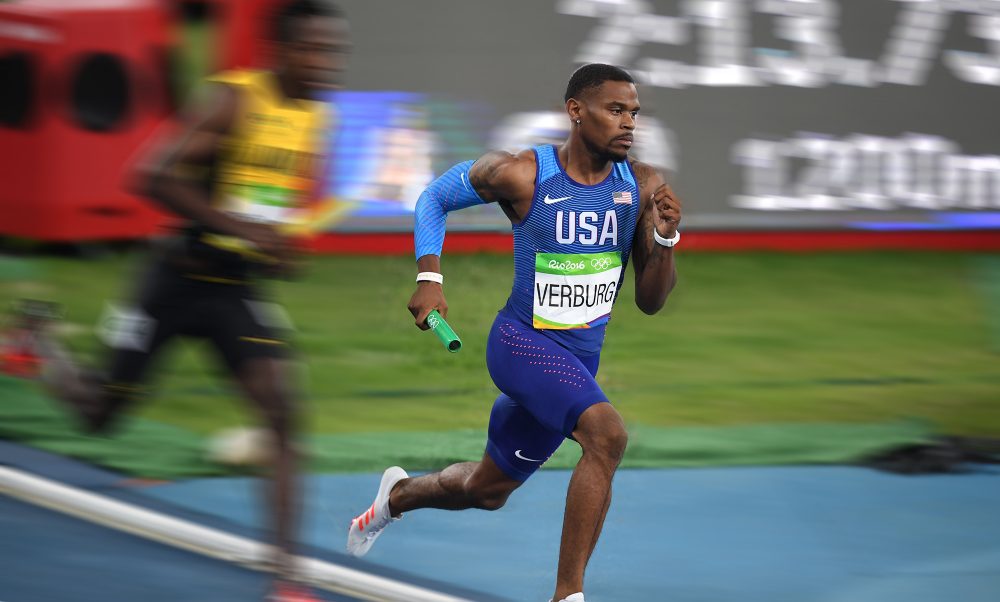 David Verburg, a 2016 Olympic gold medalist in the 4×400-meter relay, had his training schedule set. But when the 2020 Olympics were postponed due to the coronavirus pandemic, it threw everything off. Now, rather than having a specific race to structure his miles around, there are a lot of unknowns.

When gyms closed, Verburg focused on bodyweight workouts and has a whole arsenal of workouts to fall back on if he doesn’t have access to a track. Plus, he’s been slowly adding to his home gym collection as free weights become more easily available. When he couldn’t do his usual speed workouts on the track, he was running in parks or wherever else he could, just to make it work.

“Somebody else is still getting the work in, so you have to make it happen,” he told Runner’s World. “It’s been a growing experience, one that I needed as an athlete.”

As everything is still so uncertain moving forward, Verburg has new goals.

That includes fueling well, too. Here’s how this Olympic sprinter runs on a vegan diet.

The Transition to Vegan

I’ve been vegan for over two years now. It started because I do a lot of work with rescues and am a big advocate for animals. I love animals, but then I’d turn around and eat one. So, I thought, I should probably change this.

I began reading about the health benefits and figured that it would be possible to do, even as an athlete. I eased into it—I became pescatarian then vegetarian. Within six months, I made the full transition to vegan. Once I tried it, I noticed an increase in my energy, and it’s been great so far.

I’ll start off my day with some type of fruit smoothie. From there, my breakfast usually varies depending on what my workouts will be for the day. Sometimes I’ll have oatmeal and berries with coffee, or toast and a bowl of fruit. If I’m feeling bougie, I’ll whip up roasted potatoes and avocado toast. If it’s a speed day, I tend to stick with oatmeal because its lighter, if I have weights that day—avocado toast.

For my postworkout snack, I usually whip up an almond milk shake, with peanut butter, oatmeal, and a scoop of cocoa powder. It tastes like a Reese’s cup. Sometimes I’ll have a handful of mixed nuts or dried cherries.

Recently, I’ve been eating a whole lot of tofu for lunch. I also have a kale salad with sweet potatoes. With every meal I drink two glasses of water. That way, if I don’t drink any other water throughout the day like I’m supposed to, I at least know I’ll have six glasses. I also add cucumber and mint or strawberries to my water. I don’t really love drinking plain water, I get tired of it.

After lunch, I’ll usually have another workout session. In the afternoons I might do some weights and plyo or go on a light run, just to stay active throughout the day.

I’ll follow that with another snack, either peanut butter and a banana on toast or something else to give me a protein hit after a workout, such as trail mix. I make my own trail mix, I go to Whole Foods and get just the nuts and dried fruit I want. I used to find myself picking out like half of the stuff in trail mix that I didn’t like and I hated that. So this way I know I’m going to like it.

In quarantine, I have been cooking more. I already cook a lot, but now I’m trying new things and different recipes. I’ve been taking recipes I used to do before I was vegan and making them vegan. I have a couple of chef friends I know and I follow their recipes, or use cookbooks or watch YouTube videos that help me be creative in the kitchen. I love cooking actually, it’s fun to create dishes, using raw ingredients, and make something out of nothing. It’s fun to test my skills. 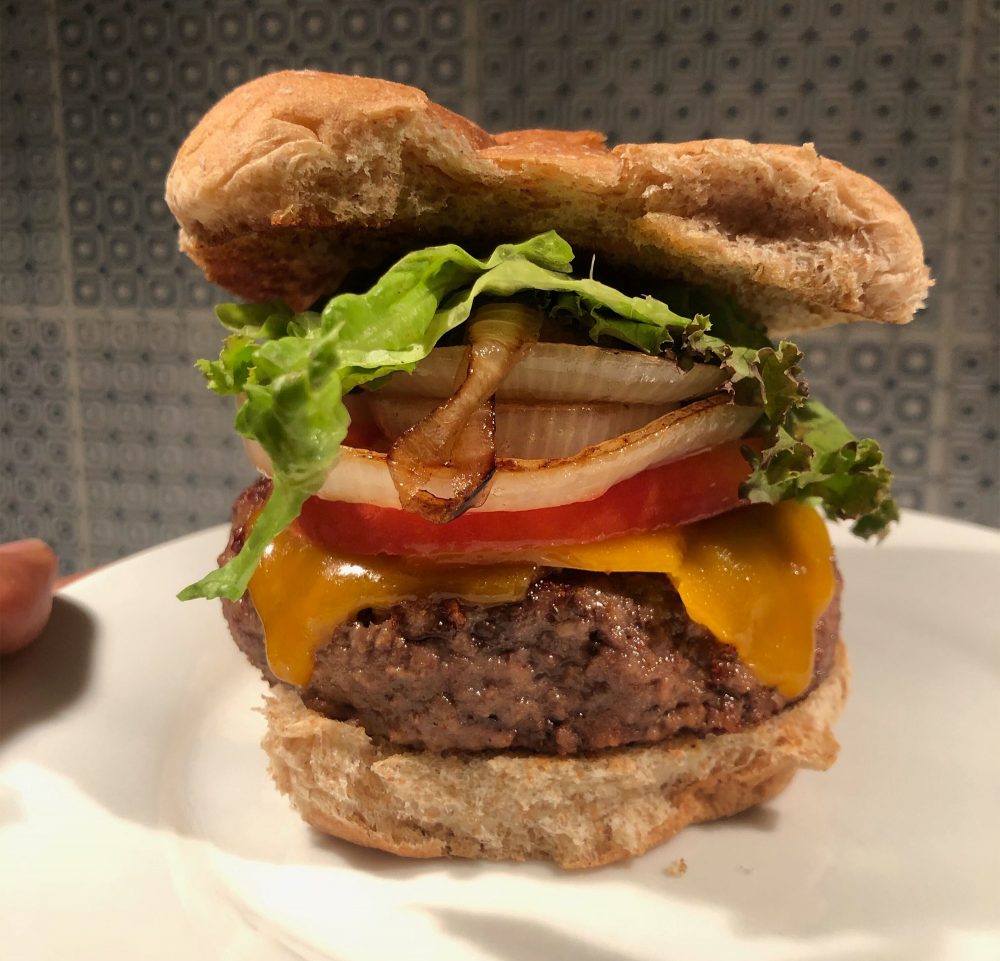 image: Burger made by David using an Impossible Foods patty

Recently, I’ve been a big fan of Impossible Burgers—I like to season it up and stuff it with vegan cheese.

I also like roasted sweet potatoes, and leafy green veggies like kale, romaine mixed with cabbage, and I make sure to get in protein, carbs, and veggies. Of course, I finish it off with my two glasses of water. 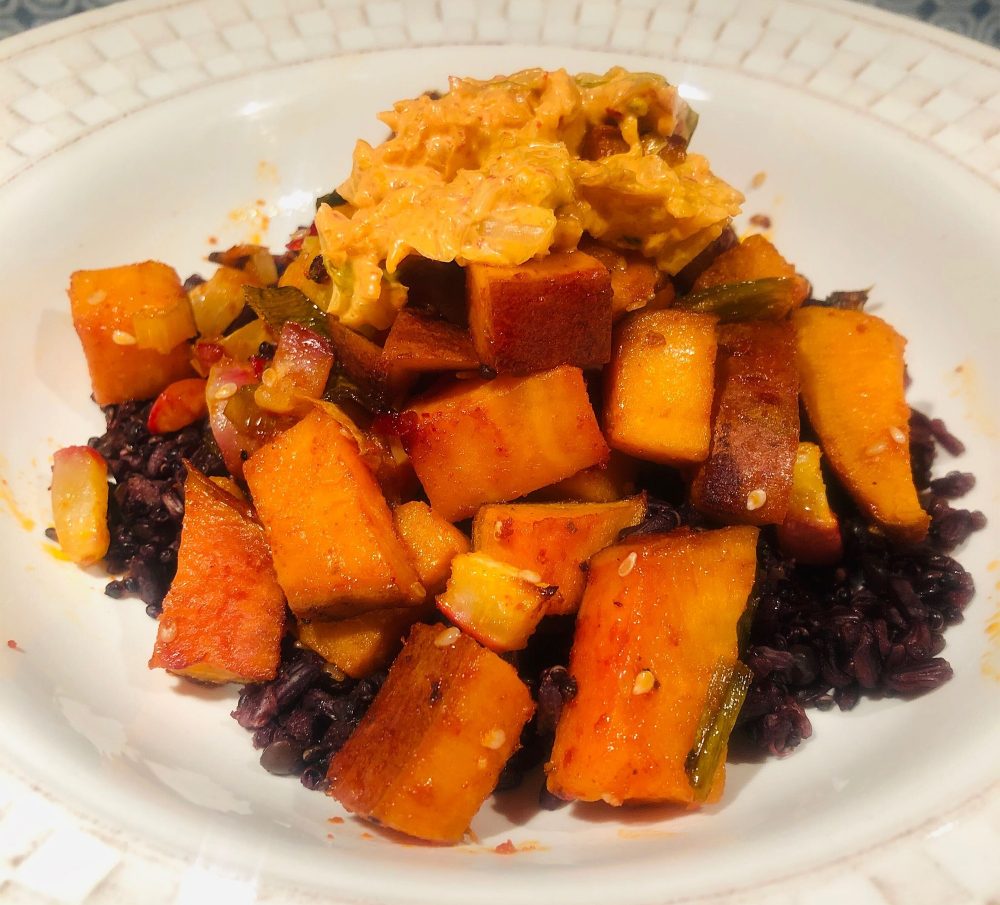 image: Sweet Potatoes feature in this meal by David

I’m not a huge dessert person, but sometimes if I’m feeling special, I’ll whip up vegan brownies. I make them as healthy as possible for brownies, adding protein powder.

If I want a snack after dinner, I’ll go homemade popcorn on the stove with salt, a bowl of fruit, or cracker and hummus. I also keep vegan pork rinds on hand. I try not to eat past 8 p.m., otherwise it messes with my sleep cycle.

I don’t eat a whole lot before I race, a lot of times I’ll do apples with peanut butter. That can pack really easily in my bag. It helps me get my fuel in, but it’s not super heavy on the stomach. I always have oatmeal in the morning.

After a race, I love anything barbecue. I have barbecue seitan [a vegan meat substitute made from gluten], barbecue oyster mushrooms, or barbecue fries. I like to eat … fries, baked beans—anything food you’d find at a cookout.