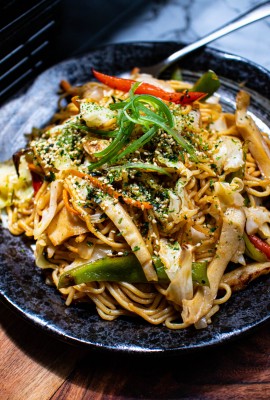 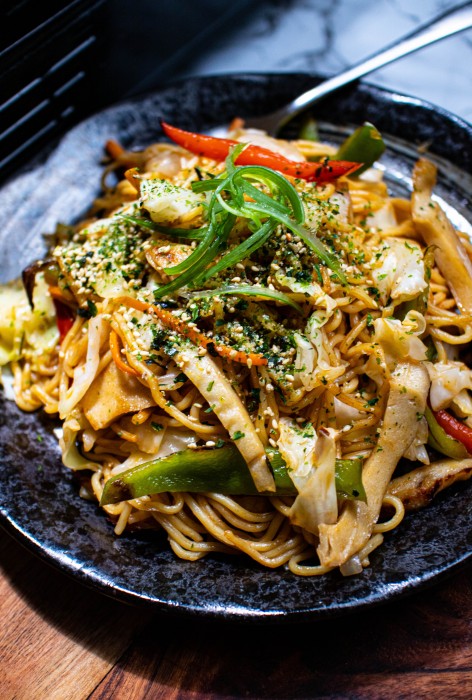 Yakisoba is a stir-fried noodle dish and popular street food in Japan. The vegan version is quite easy to make with colourful vegetables and a protein of your choice, such as firm tofu, seitan, tofu puffs, tempeh, etc. In this recipe by Joyful Dumplings, Shu-Chun uses pre-cooked yakisoba noodles available from most supermarkets and seitan as her preferred protein.

Note: *Nori Fume Furikake is a Japanese seasoning made with sesame seeds and seaweed flakes. 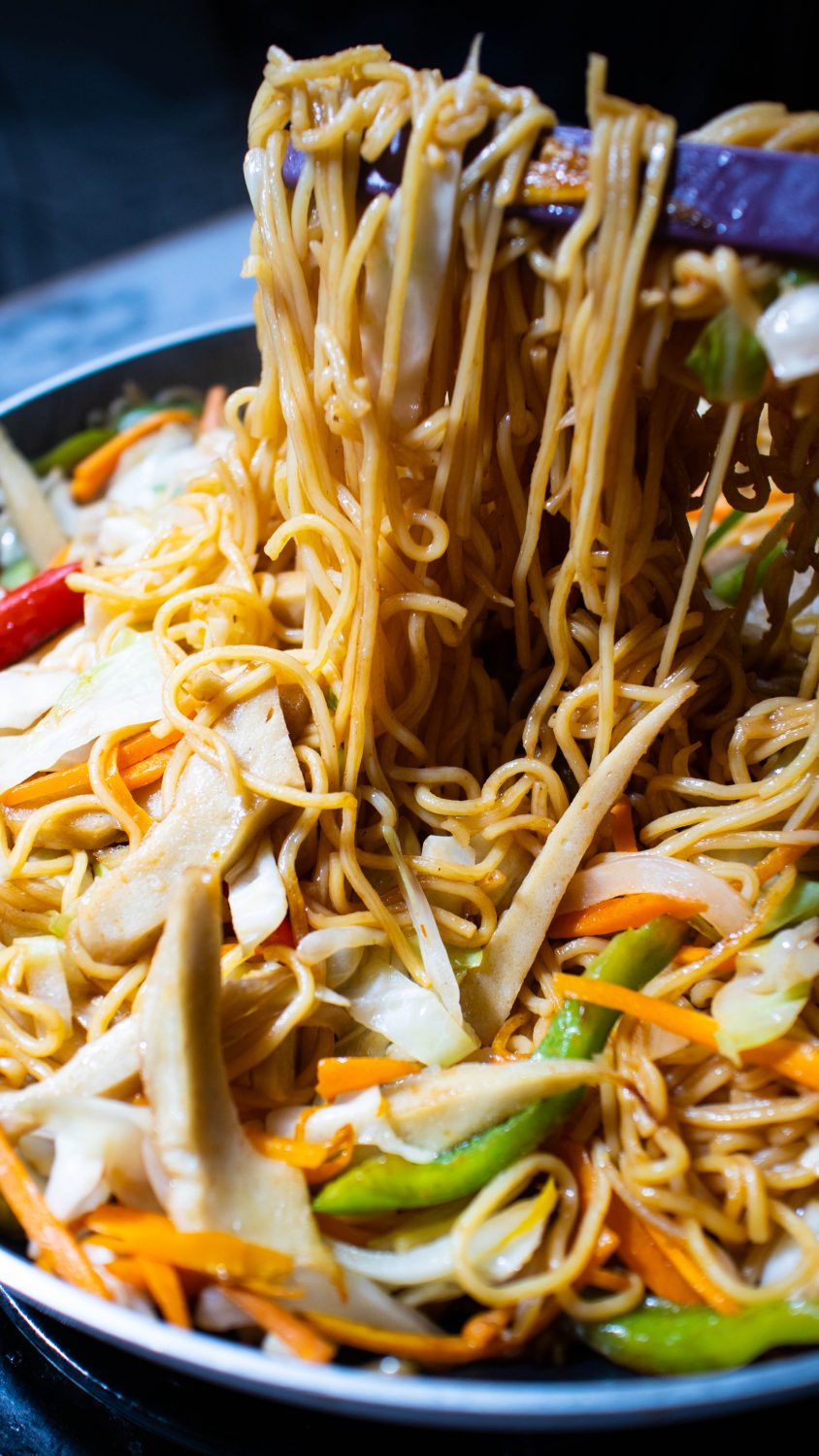