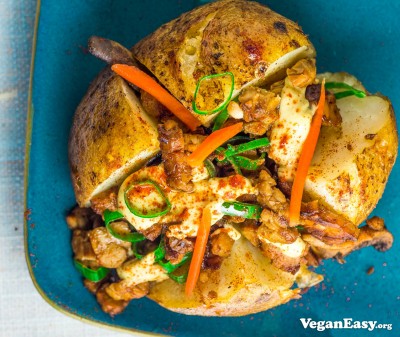 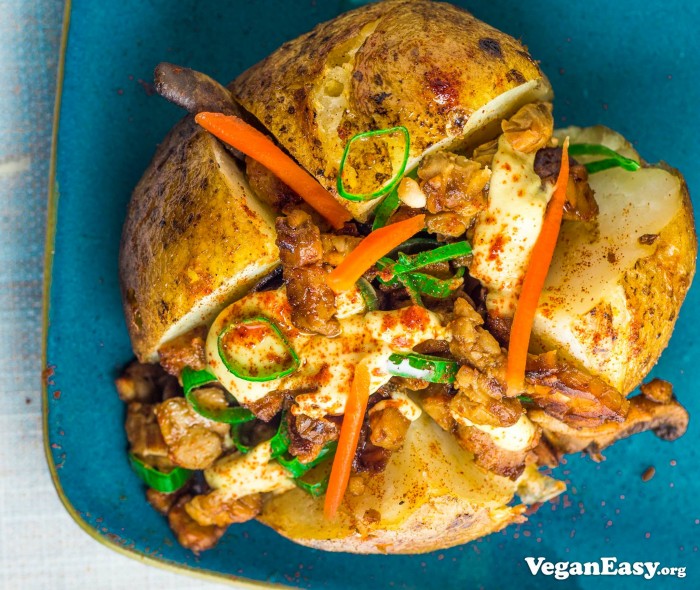 This is an all time favourite in many houses, including my own. They are great because you can fill them with whatever is left in the fridge... Well most things in the fridge... David's food journal

Clean the potatoes, in a big pot, boil the potatoes until soft. Then put them in the oven at 180C / 355F until baked. They should look a bit wrinkly and a fork should go through them quite easily.

While in the oven, chop up the tempeh and the mushrooms.

Add a little oil and some soy sauce to a fry pan and fry tempeh and mushrooms until browned, then set aside.
Chop the rest of the vegetables and set aside.

Once potatoes are cooked, cut them open in a cross shape and fill with vegan cheese and put back in the oven until melted (this shouldn’t take long).

When ready, take them out, plate them and fill with the rest of the vegetables!

These are served with salad and garlic bread!

Growing up on a small farm in northern Victoria, veganism was the furthest thing from my mind, other than being something I couldn’t spell. I thought the idea of it sounded ridiculous. I was well indoctrinated into the idea that animals are a commodity. See all recipes by David