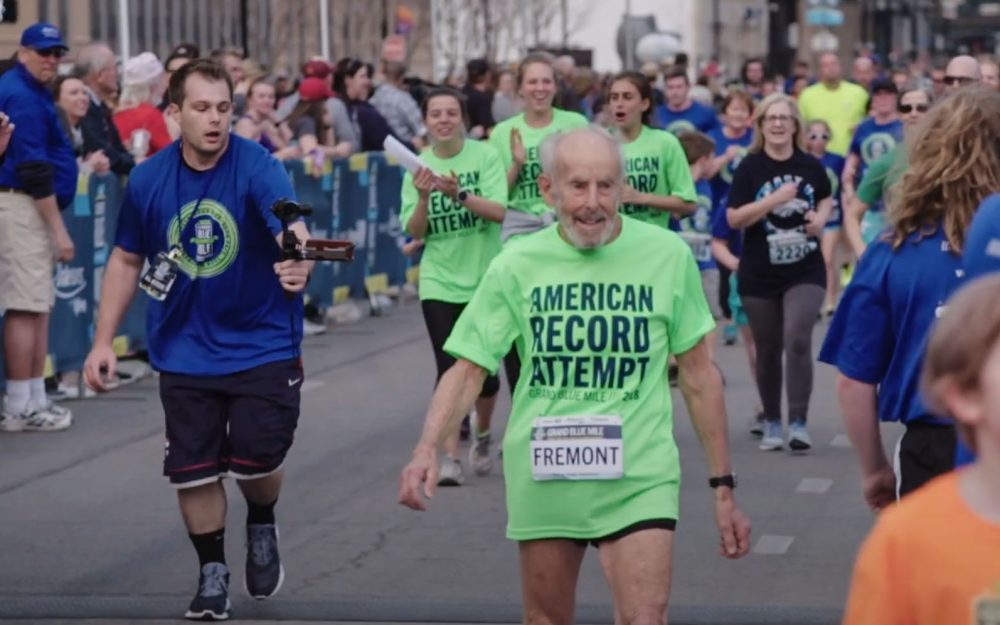 Vegan runner Mike Fremont turns 100 today, and is celebrating in the way he knows best – with a run.

The world record holder has maintained jaw-dropping fitness into his 90s and shows no signs of stopping yet. He still holds the world single-year age group records for ages 88 and 90 for the marathon distance.

Mike has been vegan since age 69 when his life was threatened by a cancer tumour. He was told he had the choice of an operation or death within three months.

“I said no, I was going on a diet!” Mike explained

“In two and a quarter years the tumour began to bleed, I was operated upon. The surgeon looked for metastasis in 35 places and found zero. In other words my Macrobiotic Diet, becoming a Vegan Diet, becoming a Whole Foods Plant-Based Diet, killed the metastases!”

Into his 90s Mike continues to run five miles three times a week. He also kayaks and does pullups.

His close friend is elite ultramarathon runner Harvey Lewis, who will be running the 100th birthday 10k with him.

“I asked him about the Flying Pig Marathon and if he was interested in doing the 5k, as we have done it the past couple years” Harvey said. “He said, ‘I don’t feel it’s really a race unless we do 10k with a big grin.’ No arguing with Mike. 10k it is! We’ll be running the 10k celebrating his 100th.”

Mike is also known for an incredibly sharp mind and as a popular and funny guy.

The 10k run represents 100 distances of 100 metres so is apt for a one-hundredth birthday. It also represents a phenomenal milestone for a man who has inspired and touched the lives of so many.

Mike, we wish you a great run and a very happy birthday on Tuesday!