Not Your Christmas Turkey

Meet Holly, who will lived on Liberation Sanctuary, free from harm... 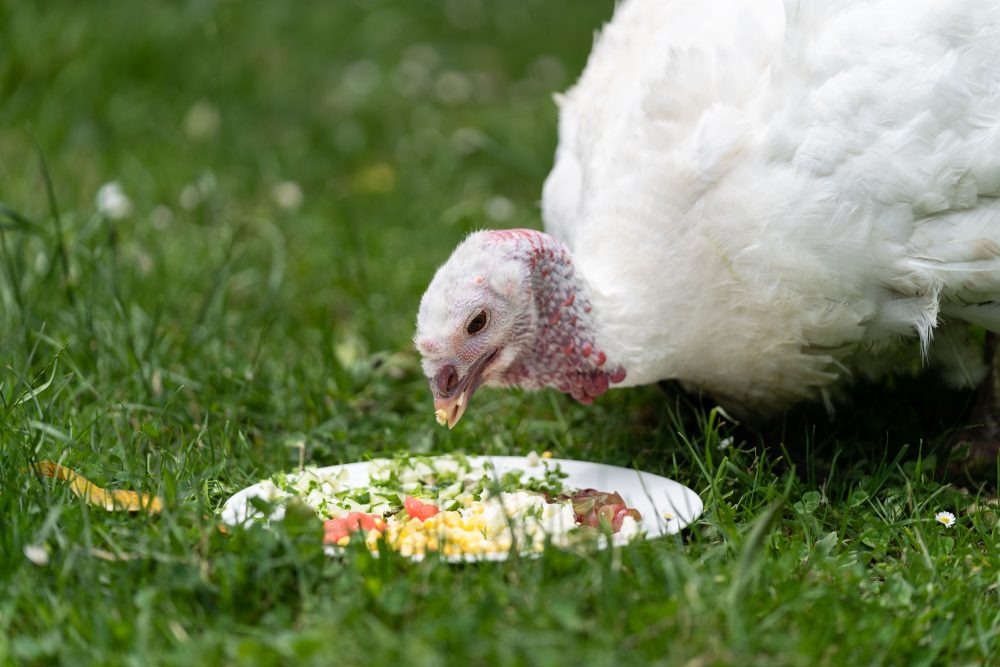 Holly was a gentle soul who lived alongside hens and a duck. She loved to eating fruit, feeling the grass under her feet and receiving soft pats.

Following her rescue, Holly was given a lot of medical care because she was very unwell. It is common practice in the turkey industry for turkeys to have the ends of their toes and the tips of their beaks cut off shortly after they hatch, to prevent them injuring each other in the cramped sheds they are forced to live tightly packed into. Holly’s toes were cut particularly short, causing her to walk with a stumbling, awkward gait. Fortunately, her disability didn’t prevent her enjoying and exploring her sanctuary home.

On average, between three and five million turkeys are killed annually in Australia for meat.

Turkeys naturally can live to be up to 15 years old, but when bred by the meat industry they are killed at around 10 to 12 weeks of age.

At the slaughterhouse, turkeys are shackled upside-down by their feet. They are then moved through an electrified water stunning bath – which sometimes shoots a painful shock into their wings before it renders them unconscious. A mechanical blade then cuts their heads off.

Turkeys like Holly shouldn’t be your Christmas lunch or dinner. All turkeys should be free.

Try a vegan roast instead!