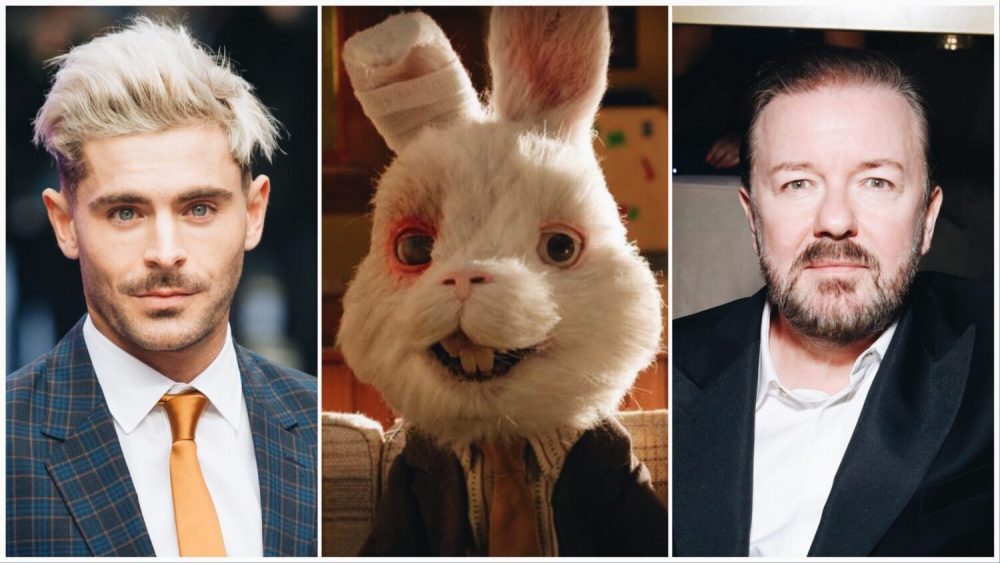 Zac Efron and Ricky Gervais star in an upcoming short film that highlights the urgent need to end animal testing called Save Ralph.

The stop motion animation is written and directed by Spencer Susser. It is produced by animal advocacy nonprofit Humane Society International (HSI) and Australian collective Blue Tongue Films, of which Susser is the only U.S.-based member, along with Arch Model Studio.

The star-studded Save Ralph also features Olivia Munn, Tricia Helfer, Pom Klementieff, and Oscar winning filmmaker Taika Waititi as the titular Ralph — a rabbit who has lost hearing in one ear and sight in one eye due to his experience of extensive animal testing.

HSI provides an extensive list of common animal procedures and their consequences on its website. These include restraint, infliction of pain, asphyxiation, and death.

The upcoming animated short was reportedly conceived as part of #SaveRalph Campaign to ban cosmetic testing on animals. It takes the form of a documentary-style interview, with Gervais interviewing Waititi as Ralph in his model home.

The teaser trailer dropped on March 26, and currently has nearly 50,000 views. Several of those involved in making the film shared their thoughts on Twitter along with a link to the teaser.

Waititi wrote: “This is a cool thing that is coming soon. If you don’t watch it and love it then you hate animals and we can’t be friends anymore.”

“So proud to be a part of this short film to help end animal testing,” said Gervais.

The controversial comedian — who has been called out over transphobic comments on several occasions — remains a staunch supporter of animal rights. Gervais has repeatedly spoken out about factory farming, fox hunting, and animal testing, in particular.

Speaking to BBC Radio 5 Live in 2019, Gervais highlighted the inefficiency of animal testing when compared to cruelty-free alternatives.

“[Animal testing] doesn’t work,” claimed Gervais. “Ninety-three percent of all experiments that work on animals then fail and are dangerous to humans, because the models don’t work. Computer models work better than animal testing.”

Pharmaceutical animal testing has been criticized due to both ethical concerns and reliability. Dr. Robyn Hickerson, co-founder of Ten Bio Ltd. and inventor of TenSkin™ (human skin culture that can be used for testing in place of animals), also highlighted the relatively low success rate of traditional methods.

“Upwards of 90% of drugs that are proven safe and effective in animals fail during clinical trials,” she explained. Because of this, alternatives such as TenSkin provide a cruelty-free, efficient, and cost-effective method of testing medicines.

Public opinion of animal testing is changing, and many industry groups also appear to be distancing themselves from the practice where possible.

The Environmental Protection Agency (EPA) has announced that it will phase out animal testing in the coming years, with a view to fully replacing it with more advanced scientific alternatives by 2035. While China will no longer require animal testing on imported cosmetics from May this year.