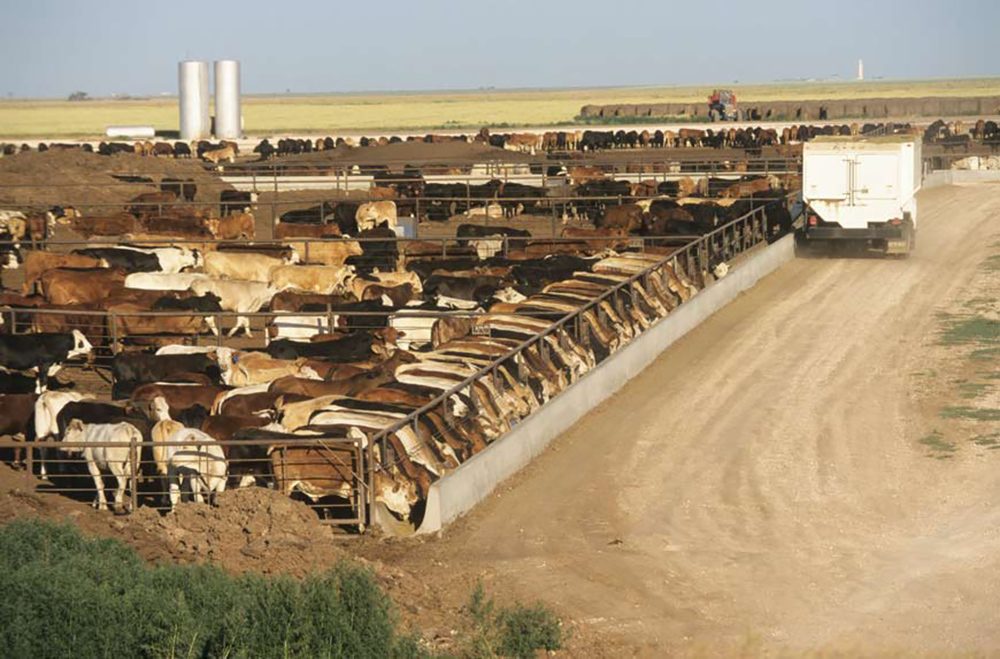 The Meat Atlas 2021 report has identified the catastrophic effects the meat and dairy industry has on our planet.

Furthermore, according to the report, just 20 meat and dairy farms produce more greenhouse gas emissions than Britain, France, or Germany.

Such high levels of production mean a greater need for land and water, which is impacting the future of the planet for all of its inhabitants.

In addition, the report suggests global meat and dairy companies received $487bn from 2015 to 2020.

Moreover, the study also looks at issues such as waste, worker inequality, and future pandemics caused by animal agriculture.

Meat Atlas 2021 was funded by independent group Heinrich Böll Stiftung and Friends of the Earth Europe.

The in-depth study showcases the significant damage animal agriculture has on the climate.

“In all, 92% of the global water footprint goes towards agriculture.”

Moreover, Meat Atlas reports that the global meat and dairy companies received over 478 billion US dollars in backing from 2,500 investment firms from 2015 to 2020.

By buying up smaller companies, large meat and dairy corporations have reduced competition and fuelled their own growth.

With such a dominating financial presence, climate change is not on the agenda for many of the meat industry’s investors. 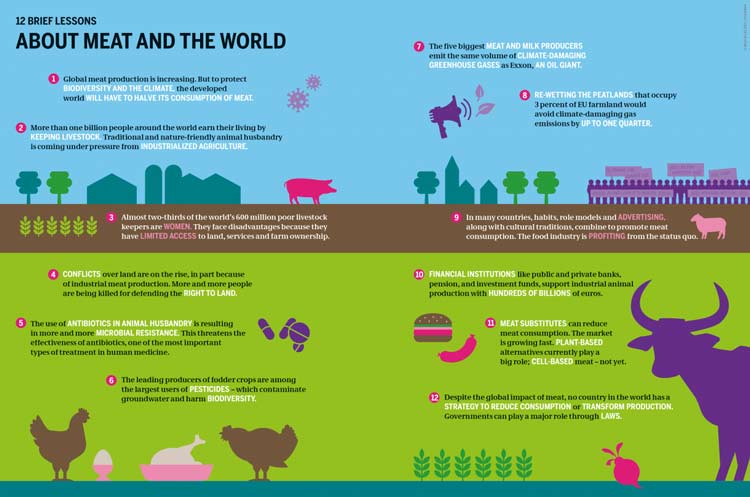 Small-scale livestock rearing is an important livelihood for many women in rural communities.

[note: VeganEasy does not endorse the use of animals for food. This article is discussing the difficult reality of people living in rural communities.]

The World Bank calculates that one in five people around the world rely on livestock as their main source of income. Almost two-thirds of the world’s 600 million poor livestock keepers are women.

Due to social and cultural issues, Meat Atlas reports: “They [women] have limited access to services, land and capital.

“But when rearing these animals becomes a more important source of family income, their ownership, management and control are often turned over to men.”

Moreover, a survey by the International Livestock Research Institute found that in low- and middle-income countries, women made up the majority of the poor livestock farming workforce.

Structural barriers, gender stereotypes and discrimination may exacerbate the position of women in livestock-related livelihoods.

These barriers are maintained through social norms that deter women from making decisions, travelling to markets, or turning to extension agencies for advice. 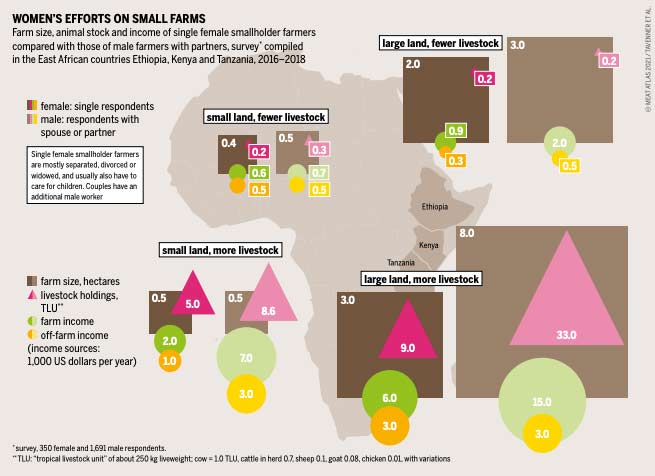 The International Organization for Animal Health estimates that 60% of all infectious diseases in humans are zoonotic: they can be transmitted from animals to humans and vice versa.

Studies suggest that almost 75% of the various known zoonoses can be traced to wildlife.

Because more and more land is being used for agricultural production and the habitat of wild animals are being destroyed, the spaces occupied by wild animals and humans increasingly overlap.

The report says: “Unless there is a change in policy, the share of zoonotic diseases in the human disease burden will rise as the human population of the world increases and as consumption patterns shift towards more meat.”

What can we do?

Although it may feel like a losing battle, there is so much we can do to reverse the damage to our environment.

As research develops, we have a greater understanding of what we can do to tackle the climate crisis.

Cutting down meat production and changing our food system to be more plant-based will significantly lower dangerous gas emissions.

Additionally, it will also lower the rate of land and water required.

[note: VeganEasy does not support simply reducing animal agriculture, but rather ending it completely.]

Plant-based meat and ‘lab’ meat is predicted a global annual growth of 20 to 30% in the coming years.

This increase means consumers can choose a sustainable meat-like product without inflicting catastrophic damage to our planet.