Why I became a vegan – and why you should, too 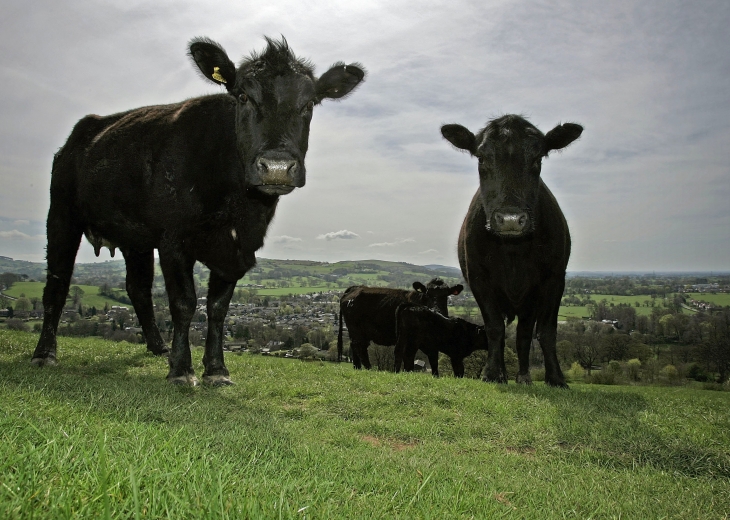 In early October, I surprised my family, friends and colleagues by announcing that I had become a vegan.

Up until then, I wasn’t even vegetarian. I loved sausages, I ate chicken several times a week and I couldn’t imagine living without cheese. I have, of course, known for a long time that animal farming is a nasty business. Like everyone, I have seen those distressing pictures of the conditions endured by poultry, cattle and pigs in factory farms. Yet somehow I was able to put those images to the back of my mind when buying, ordering and eating food.

I have also long been convinced that a meat-heavy diet is bad for us, and that it is linked to many of the health problems of the developed world: obesity, diabetes, heart disease, and so on. But it was rather like when I was a smoker. I accepted the evidence that smoking causes cancer, emphysema and many other chronic conditions, and always had the sense that one day I would give up. But I kept delaying the inevitable. It was not until I was 47, by which time I had been smoking for more than 30 years, that I did finally stop.

And now I have given up eating animal products. What prompted this, however, was not concern for my health. Neither was it concern for animal welfare. It was, rather, something that I had not thought much about before: the devastating environmental effects of animal farming. It started with an article in the Guardian about a WWF report that drew attention to the huge scale of the damage inflicted on the planet by the production of food for farm animals. The study found that “60 per cent of global biodiversity loss is down to meat-based diets”. The UK food supply alone, it states, “is directly linked to the extinction of an estimated 33 species at home and abroad”.

I knew that animal farming was cruel, and I knew it was making us unhealthy, but I did not know that it was destroying our planet. I started reading more about the environmental effects of animal farming and, by the end of the following day, I had decided to give up meat, eggs and dairy.
Becoming vegan is, I am now convinced, the best thing any individual can do to help our environment. Animal farming is inflicting damage on a scale that simply cannot be allowed to continue. For example, it is a major contributor to climate change, emitting more greenhouse gases than all the cars, planes and ships in the world put together. And the gases in question are mostly methane and nitrous oxide, both of which are far more damaging than carbon dioxide. Several recent studies have come to the conclusion that the only way the EU can achieve its emissions targets is through a substantial move away from a meat-based diet.

The evils of intensive animal agriculture have been vividly detailed in recent years by Philip Lymbery, the chief executive of Compassion in World Farming, in his books Farmageddon and Dead Zone. But Lymbery does not go far enough. He does not suggest everyone becomes vegan. He believes that the solution is a return to the traditional mixed farms of old, in which fields were rotated between cereals and grass, and animals were allowed to graze.

Unfortunately for Lymbery, there is compelling evidence that this is not the case. This year, a major report on precisely this question was published by the Food Climate Research Network at Oxford. Its lead author, Dr Tara Garnett, summarised its findings: “Grazing livestock are net contributors to the climate problem, as are all livestock… If high-consuming individuals and countries want to do something positive for the climate, maintaining their current consumption levels but simply switching to grass-fed beef is not a solution. Eating less meat, of all types, is.” If you eat pork, poultry or eggs, then you are contributing to colossal reductions in biodiversity; if you eat beef or cheese or drink milk, you are contributing to global warming. And if you think eating fish is the way forward, you should read Charles Clover’s book The End of the Line: How Overfishing Is Changing the World and What We Eat. The current demand for animal products is simply not sustainable and enormous harm is being done in the attempt to meet it. We have to change.

There is, however, some good news. An Oxford study published last year in the Proceedings of the National Academy of Sciences modelled the effects on our health globally between now and 2050 of four different diets: meat-heavy, meat-light, vegetarian and vegan. It concluded that if we ate less meat, five million deaths a year could be avoided by 2050; if we went vegetarian, the figure would be seven million; and a shift to veganism would save eight million lives a year.

Despite this kind of evidence, some people worry that, even if it would extend their lives, a vegan diet would make them feel worse. Vegans are often stereotyped as having bad skin and being weak and lethargic. It’s early days yet, but this has not been my experience. I have lost a bit of weight and gained energy and vitality. I feel great. I’m missing sausages and cheese, but not as much as I thought I would. For the sake of the planet, for the sake of animals, and for our own sake, veganism is an idea whose time has come.

Ray Monk is a professor of philosophy at the University of Southampton. His most recent book is “Inside the Centre: The Life of J Robert Oppenheimer” (Jonathan Cape)