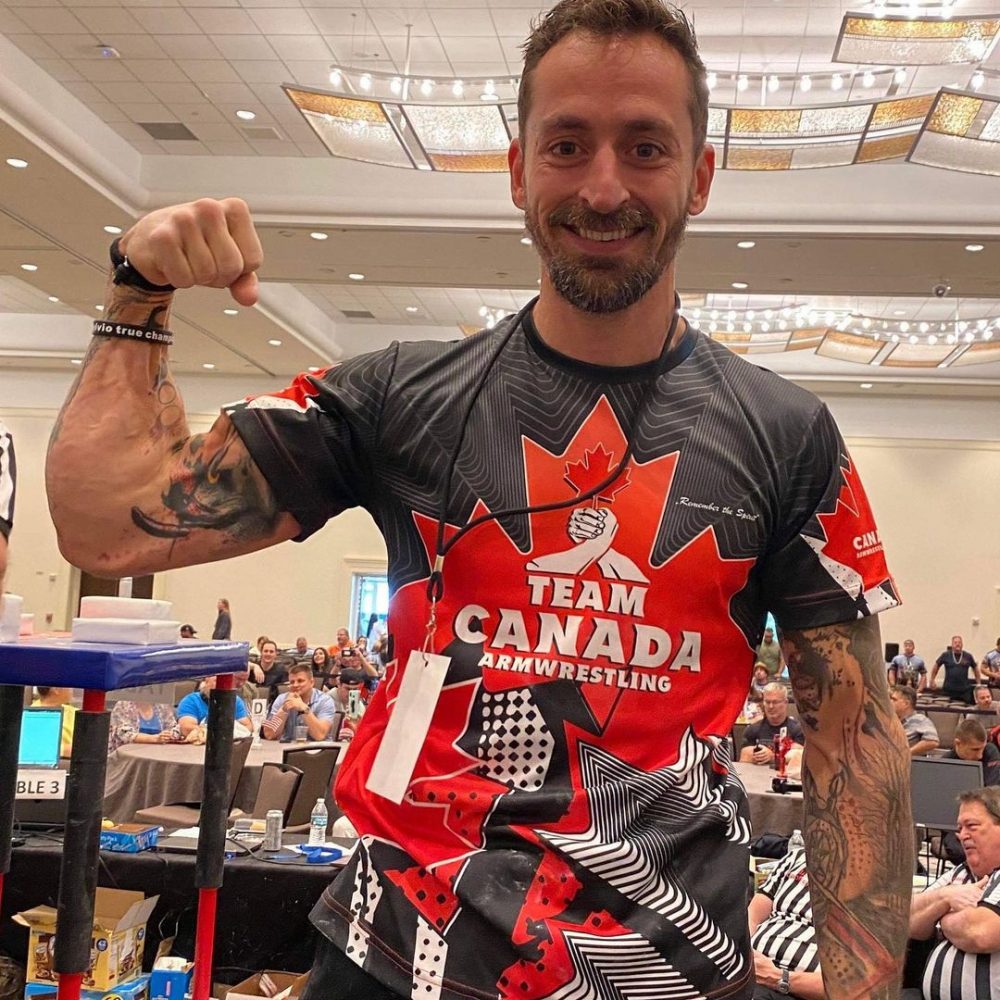 Competing in the 57 kg class, Will was one of eight musclemen from around the world competing in Florida, USA. He finished the left-hand competition as the unbeaten world champion.

The following day was the right-hand competition, where he was also one of eight. Things continued to go well and it seems fatigue was not going to win. Will won all of his matches and took the title here as well, making him the undefeated world champion – twice.

“I cried when team Canada started singing when I was getting presented my medal on the podium” he told Great Vegan Athletes. “It has been a long 20 years to get here.”

Will has previous successes in the sport, representing Canada five times before retiring in 2016. Since then he’s gone vegan and this competition marks his return to the sport. It also marks Canada’s first Gold in the open age category since 2007.

Will cut his weight to hit his preferred weight category, although his weight actually increased at the event. The catering has been excellent and Will was grateful for some excellent food.

We hope to hear more from him in competition in future.