Guests at Universal Orlando Resort and Universal Studios Hollywood now have the option to enjoy refreshing butterbeer that is entirely dairy-free. The buttery and highly replicated treat previously would not be served in the parks without its characteristic whipped topping. As of July 31, that addition is optional. 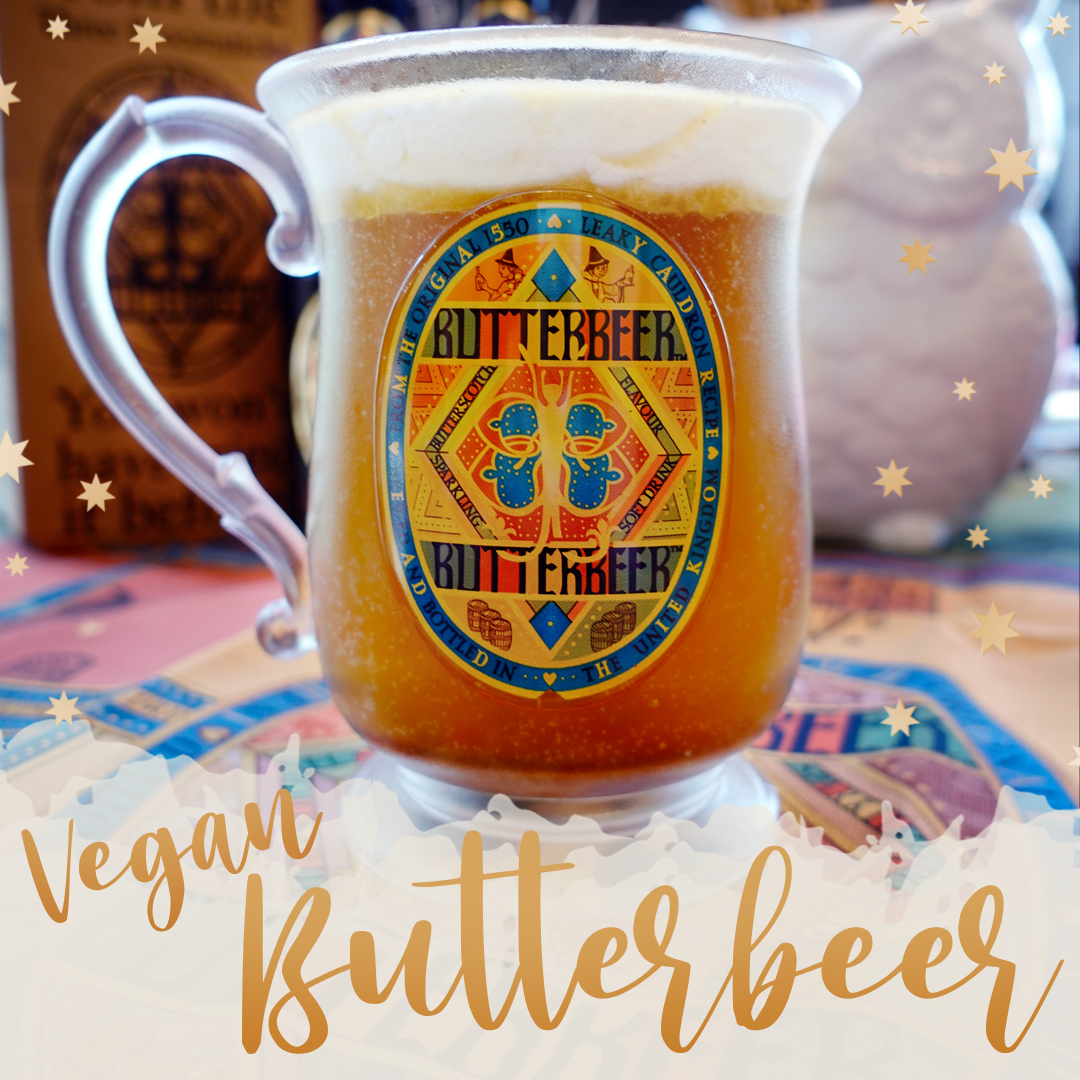 Among those celebrating the news is the Protego Foundation, a nonprofit group born out of a love of animals as well as the wizarding world.

We are a group of activists empowering all magical persons to get active for animals. […] We have been inspired by the Harry Potter and Fantastic Beasts series to compare how magical creatures in the wizarding world and how the animals in the Muggle world are treated.

The group has long advocated for the inclusion of vegan offerings within the parks. Bolstered by Harry Potter alumni such as Evanna Lynch (Luna Lovegood) and Robbie Jarvis (young James Potter), it strives to create “a wizarding fandom that is more considerate of the rights, feelings, and treatment of all creatures regardless of species, size, or magical ability.” The Protego Foundation took to Instagram recently to celebrate what it considers an important milestone. 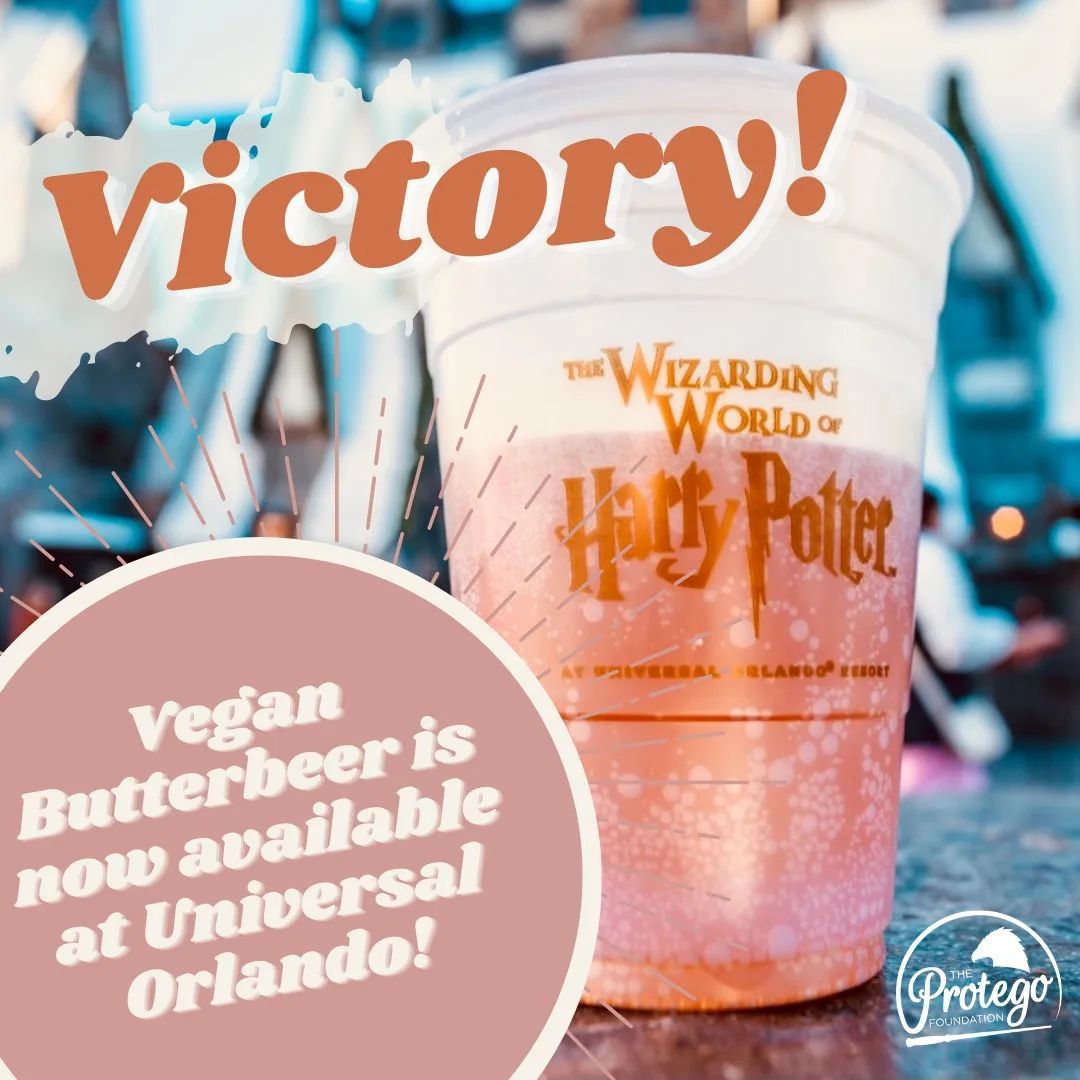 Guests at @universalorlando can now enjoy cold and frozen Butterbeer on tap without the dairy topping! 🎉

Previously, people with dairy allergies, those who are lactose intolerant, and those who abstain from dairy for animal rights and environmental reasons could not get this delicious and “buttery” drink because the already-vegan soda base would not be served without the dairy topping.

CHEERS and THANK YOU to everyone

The Protego Foundation amassed over 7,500 signatures in 2018 on a petition calling for vegan butterbeer. Warner Bros. began selling dairy-free bottled versions of the drink as a result. The foundation’s Accio Vegan Butterbeer campaign seeks to further that mission, urging the parks to offer guests a fully vegan version of the treat, including an entirely vegan topping. The campaign page explains its reasoning further.

People with dairy allergies and those who choose to abstain from dairy due to animal welfare concerns deserve to experience everything that the Wizarding World of Harry Potter has to offer, including the most popular themed drink offering.

While the vegan whipped topping has yet to come to fruition, the call for more dietary inclusion appears to be making an impact. Earlier this year, Universal Orlando Resort began offering vegan menu items, including entirely plant-based entrées at the Wizarding World of Harry Potter. 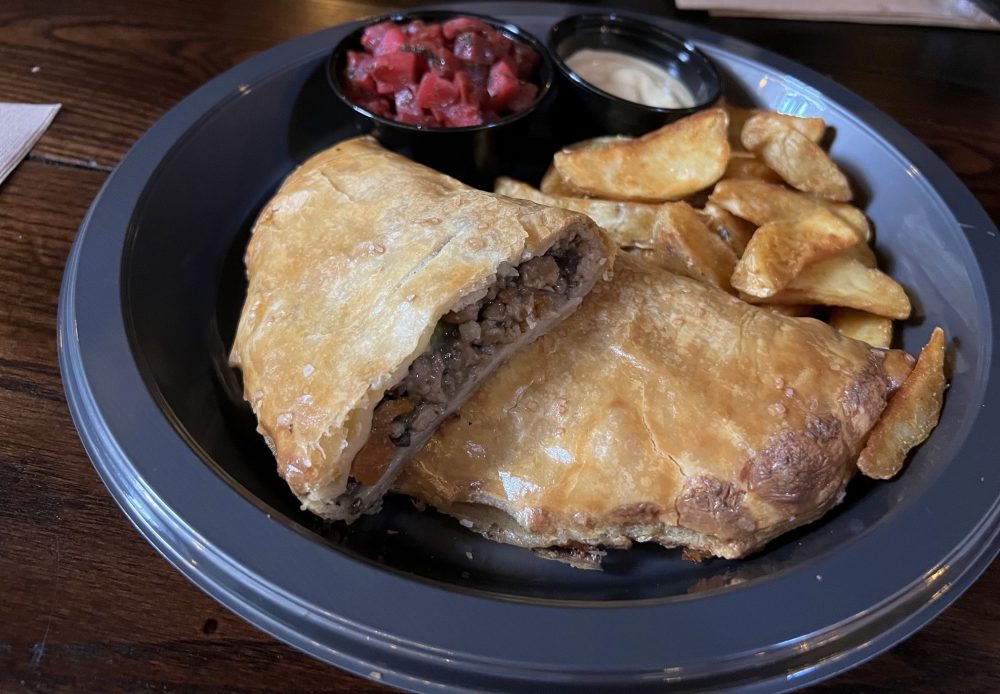 The Shepherd’s Pasty Pie, using meatless beef crumbles, is one of the new vegan offerings in Hogsmeade.

Foam-free butterbeer can be purchased frozen, regular, and hot, though it is important to note that only the frozen and regular versions are fully vegan since the base of hot butterbeer still contains dairy products. Vegan butterbeer can be found on tap at Universal Orlando, Universal Studios Hollywood, Harry Potter New York, and Warner Bros. Studio Tour London – The Making of Harry Potter.