For lifelong meateaters looking to kick the habit turning down a slice of sizzling bacon can be as hard as giving up a cigarette is for smokers. 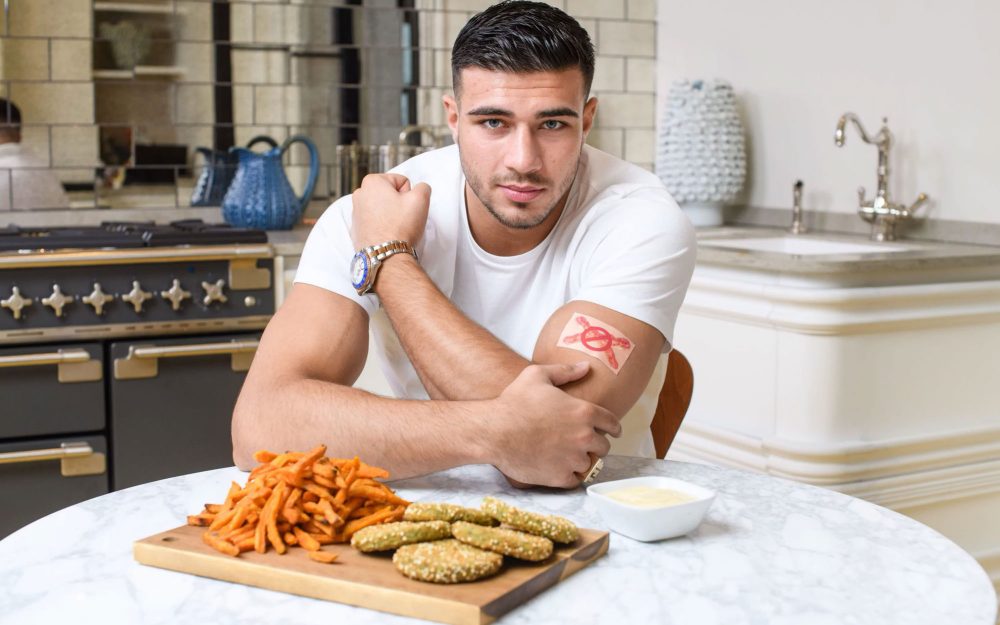 Which might explain the thinking behind the latest attempt to help people eat less meat.

Oxford professor Charles Spence has helped develop a patch infused with the smell of bacon, similar to the nicotine substitutes worn on the arm by smokers to help them give up cigarettes.

Scratching the patch is said to produce a whiff of cooked bacon, intended to help quell the wearer’s cravings for meat.

The professor in experimental psychology, who is a world renowned expert in sensory perception and the tricks the mind can play on our sense of smell and taste, teamed up with the plant-based food producer Strong Roots to develop the patch.

He says it will allow wearers to “imagine” they are eating rashers of bacon, with the effect of leaving them “satisfied”.

Professor Spence, the author of Gastrophysics: The New Science of Eating, said: “Studies have shown that scent can reduce food cravings.

“Our sense of smell is strongly connected to our ability to taste therefore experiencing food related cues such as smelling a bacon aroma, can lead us to imagine the act of eating that food. Imagine eating enough bacon and you might find yourself sated.”

The patches are being trialled this weekend on a number of users in Reading, Leeds, Liverpool and London who are trying to give up meat, with Strong Roots aiming to make them more widely available in the future – confident they will prove to be effective in helping people turn down that tempting bacon sandwich.

Like all the best scientific developments the patch is being promoted and modelled by a Love Island contestant, in this case Tommy Fury, last year’s runner-up.

A spokesman for Strong Roots said: “Brits keen to adopt a vegetarian diet are about to get scientifically-proven help to wean them off their love of meat.

“It comes after a study of 2,000 adults found that between cigarettes, alcohol and meat, meat is the hardest to give up.”

Samuel Dennigan, the founder of Strong Roots, said: “It’s Veganuary and we know that more people than ever are trying to adopt a plant-based lifestyle this year.

“However, the research shows just how many of them struggle with their resolution, so we wanted to offer a helping hand, and have developed the world’s first ever meat-patch. We hope it goes some way to supporting all the meat-a-holics out there.”

But some dedicated meateaters voiced their scepticism about the effectiveness of the patches.

Graham Innes, 45, of St Albans, Herts, said he feared they would only encourage him to eat more bacon.

“I’m not going to be satisfied with a cheese sandwich when I can smell bacon coming from the patch – it might work for some, but it would never work for me, I’d be down the nearest cafe for a bacon roll.”

The study also found that bacon was the meat that most would miss if they went vegetarian or vegan, with 20 percent saying it was their favourite meat, followed by steak, with 15 per cent, and sausages, with 14 per cent.

Despite this, 36 percent admitted they felt guilty when eating meat – with 43 percent saying they wanted to reduce the amount they ate.

The study found that half of Britons admitted trying to cut down on meat, although 56 failed within the first month and ended up eating the same amount of meat as previously.

See original article > by Patrick Sawer for The Telegraph