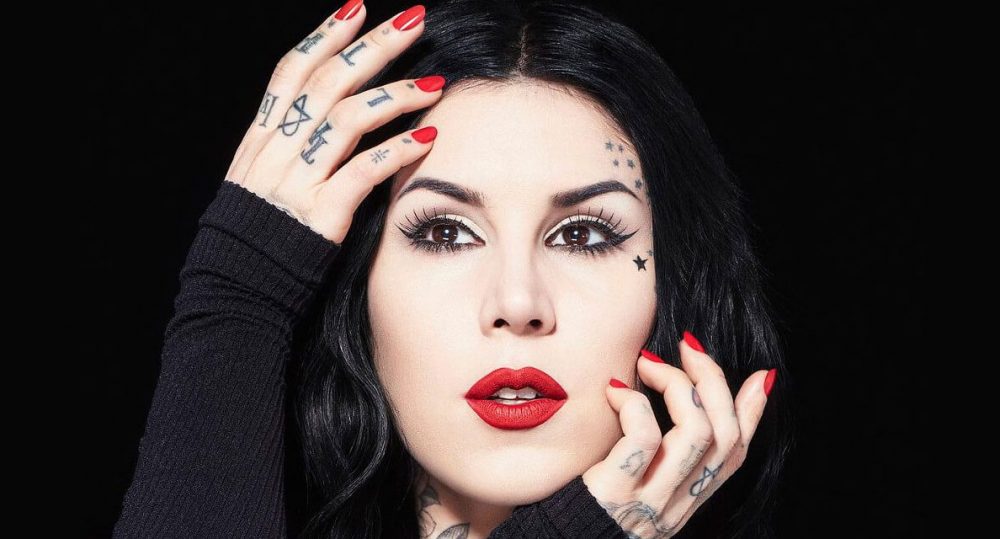 The tattoo artist turned entrepreneur teased the upcoming launch via Instagram, declaring “Now that I have final components done for the Kat Von D Beauty 10-year-anniversary collection, I’m even MORE EXCITED!!” The artist then wrote: “For the past four months, I’ve been working so hard on this video for Kat Von D Beauty’s 10 Year Anniversary collection launch and it’s almost done being edited.”

In a promotional video for the collection featuring people she sees as her “muses,” Kat Von D shared glimpses of the upcoming collection. It appears that the theme of the collection is black-and-gold and photos suggest that it will include an eyeshadow palette, a gold-studded lipstick, a Tattoo Liner, highlighter, a collection of brushes, and a special carrying case.

Kat Von D Beauty was launched 10 years ago (the brand has been 100 percent vegan since 2016) and has gone on to receive recognition for both the quality and for being cruelty-free. Last year, the brand became a two-time winner of the peta2 Libby Award For Best Cruelty-Free Cosmetic. That same year, one of the brand’s best-sellers, Tattoo Liner, won the 2017 Allure Reader’s Choice Award for best beauty products. The  artist herself has been a recognized for her work as an ally for animals, being the recipient of the 2017 Vegan Celebrity of the Year award.

Recently, Kat not only released the “first-ever” long-lasting vegan liquid eyeliner, 40 completely vegan high-pigment lipsticks, and a new vegan brow makeup collection, she also launched the Kat Von D Beauty Pro Program for professional makeup artists. Membership includes early access and discounts to pro-only products, free shipping, exclusive members-only experiences. In the announcement, Kat noted that it is the only professional makeup program “with a cause.” For the first year of the program, Kat Von D Beauty will donate to animal rights charity Mercy For Animals.

The 10th-anniversary collection is set to launch this year on May 5th. Pricing is not available at this time.