After his first Academy Award win, the actor spoke about human compassion when it comes to the environment and the food industry. 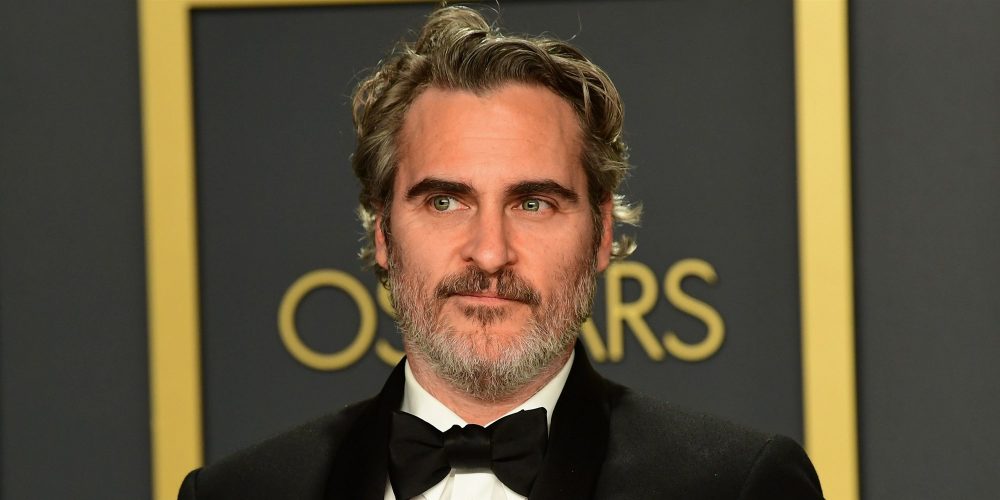 Joaquin Phoenix won his first Oscar Sunday night and instead of thanking many of the usual suspects — like the academy — the celebrated actor used his voice to speak up for “the voiceless.”

Phoenix devoted his three minutes at the podium to discuss human compassion and the power of change by spotlighting an issue he has championed for years: animal welfare.

While many celebrities and fans applauded the actor’s emotional plea, others — particularly those in the dairy and meat industries — weren’t cheering. 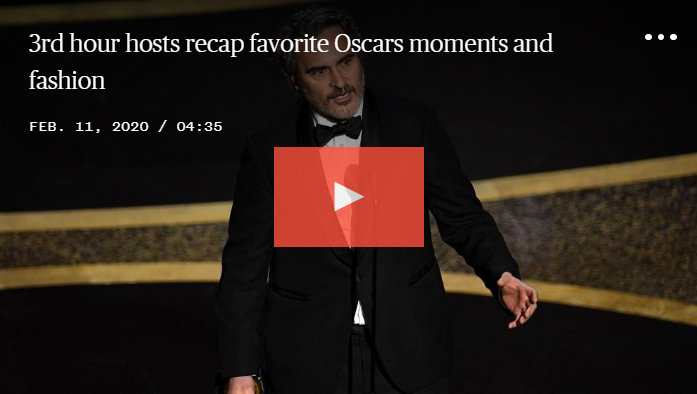 A vegan since the age of 3 and PETA’s 2019 Person of the Year, Phoenix started his speech by expressing respect for his fellow nominees and thanking those who have given him another chance to act despite his reputation for being difficult to work with at times.

Then the tone of his speech shifted.

“We (actors) share the same love, the love of film. And this form of expression has given me the most extraordinary life … I don’t know what I’d be without it,” Phoenix said. “But I think the greatest gift that it’s given me, and many of us in this room, is the opportunity to use our voice for the voiceless.

“I’ve been thinking a lot about some of the distressing issues that we are facing collectively and I think at times we feel or are made to feel that we champion different causes. But for me, I see commonality.”

The “Joker” actor and activist proceeded to detail how gender inequality, racism, queer rights, indigenous rights and animal rights all fall under the same umbrella of social injustice that occurs when one group of people, or one species, feels it “has the right to dominate, control and use and exploit another with impunity.”

PETA’s 2019 Person of the Year is…acclaimed actor and animal rights activist Joaquin Phoenix, who has been vegan since age three! He’s spent decades standing up for the rights of animals—from attending countless demonstrations, to producing #AnimalRights documentaries and so much more. Swipe through to see some of his work with PETA through the years 👉 Then tap the link in our profile to learn more about why he’s this year’s honoree: http://peta.vg/2nt1 #Animals #Vegan #GoVegan #JoaquinPhoenix #ReasonsToGoVegan #Veg #GoVeg #CrueltyFree #Veganism #EndSpeciesism #PETA

“We go into the natural world and we plunder it for its resources. We feel entitled to artificially inseminate a cow and steal her baby, even though her cries of anguish are unmistakeable,” Phoenix said. “Then we take her milk that’s intended for her calf and we put it in our coffee and our cereal.”

Though various types of abuse against animals that occur within conventional farming operations has been well documented over the years, the U.S. government has been slow to implement meaningful legislation that protects animals raised for dairy or meat from being subjected to cruel acts. This, coupled with a new wave of concern for the environment, has prompted a steady rise in people turning to veganism and plant-based lifestyles over the past few years. The demand for plant-based proteins and alternative milks has been reflected in a significant rise in sales around the country.

Phoenix’s speech was seen as a rallying cry among supporters, with many vegans, Oscar viewers and celebrities chiming in on social media.

That was a brave speech straight from Joaquin Phoenix’s heart. Thank you, Joaquin. #TheOscars

Many people were moved by the actor’s words.

Joaquin Phoenix’s Oscars speech in full: ‘We feel entitled to artificially inseminate a cow and steal her baby’ https://t.co/y2IF7M6Eil

Wow! Thank you Joaquin Phoenix for using your platform to speak up for animals (especially cows exploited for dairy) in your powerful Oscar speech.

We are moved beyond words by your dedication to using your voice for the voiceless. https://t.co/lnmzWSN1ij

Some, however, disagreed with Phoenix’s graphic language and the content of his speech.

Funny, I grew up on a farm and we never did this to our cattle.

Joaquin Phoenix is a great actor, but he’s #notafarmer

Many of those who took issue with the actor’s decision to use his time to denounce dairy as highly problematic.

When privileged lecture about morality, we all lose

We remain focused on hard work, integrity & taking care of our family & community. That includes the farm community which doesn’t deserved to be smeared like this.

“It shows the disconnect between Hollywood and agriculture,” Dwayne Faber, a dairy farmer from Washington state, told Farms.com. “As a dairy farmer, (my) job is to take care of every aspect of the dairy cow and that includes calving and breeding. It’s just a natural function of taking care of any animals.”

When reached via email, the National Dairy Council would not directly address many of the claims (including the fact that cows are routinely artificially inseminated) or opinions expressed by Phoenix, but did provide a statement from Karen Jordan, a farmer and doctor of veterinary medicine who currently represents the Dairy Farmers of America, about why newborn animals are separated from their mothers.

The statement continues, “A common and essential animal care practice on many farms is to place the calf in its own safe place called a calf hutch. This clean and closely monitored home for the calf helps to protect its immune system while enabling farmers to provide each calf with individual care and better track its overall health and well-being. After two or three months, the farmer will move the calf to a larger pen where it can interact with other calves its own age.”

While vegan milk consumption is undeniably on the rise, the NDC says milk still outsells its non dairy counterparts by 11-to-1. The organization suggested misinformation, not the competition, is the biggest problem facing the dairy industry today.

“Dairy farmers main concern isn’t about lost marketing share, it’s about fair marketing and keeping competitors from using dairy terms to mislead consumers about the nutritional content of their products,” said a representative for the council.

In January, after Phoenix won the best actor statue from the Screen Actors Guild Awards, he joined other animal rights activists and went straight to a slaughterhouse in Los Angeles to comfort pigs and give them water. He was still wearing his suit from the black-tie event.

“Most people don’t really know of the torture and murder in the meat and dairy industry. I’ve seen it for what it is, so I have to be here,” Phoenix said in a Facebook video filmed at the rally.

As the welfare of farmed animals becomes increasingly important to consumers, many food producers are coming under increasing scrutiny. Some mechanized dairy operations have been revealed in a disturbing light through the lens of social media.

In 2019, Fairlife, a dairy company with a name that conveys its cattle are supposedly treated well, received nationwide backlash after a viral video showed calf and cow abuse taking place at one of its largest farms. Even Ben & Jerry’s, a company that has long prided itself on progressive environmental and animal welfare practices since its founding, has faced recent lawsuits over the treatment of cows at dairy farms which supply the company with milk and cream.

Despite any controversy surrounding his Oscars speech, Phoenix ended his night on a blissfully delicious note with his fiancee, Rooney Mara (who is also an outspoken vegan). As reported by People, the two were spotted eating burgers at Los Angeles vegan hotspot Monty’s Good Burger after the prestigious award show.