'There’s something that you can do today, right now, and tomorrow, by making a choice about what you consume', actor says. 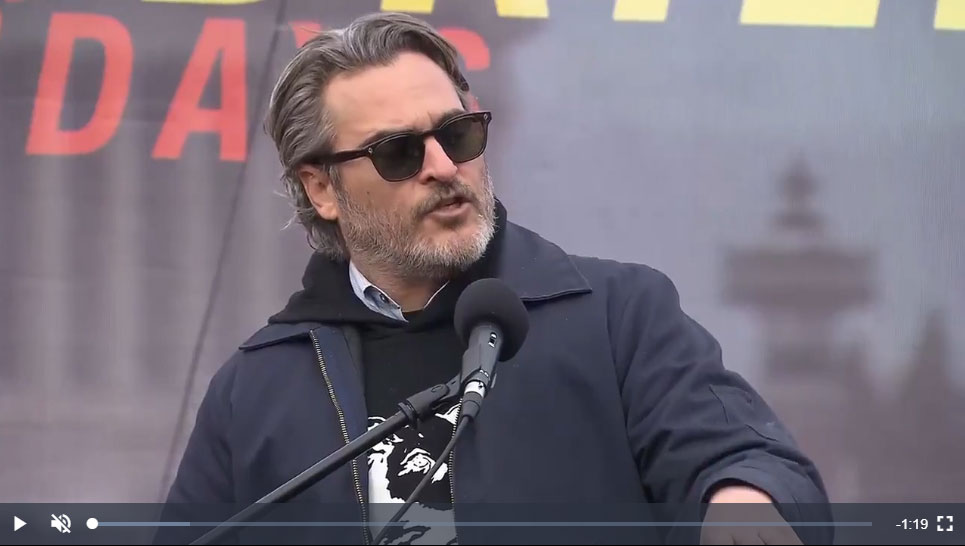 Joaquin Phoenix has become the latest celebrity to be arrested as part of Jane Fonda‘s weekly climate protests.

On Friday, a spokesperson for Fire Drill Fridays, the name of Fonda’s weekly initiative, confirmed that the actor was among 147 people arrested in the protest for crowding, obstructing or incommoding.

Phoenix was joined by a number of celebrity activists at the event, including fellow actors Maggie Gyllenhaal, Susan Sarandon and Martin Sheen.

Before being led off by police, the Joker star addressed the crowd at the protest with a speech in which he took aim at the meat and dairy industry and urged people to turn vegan. 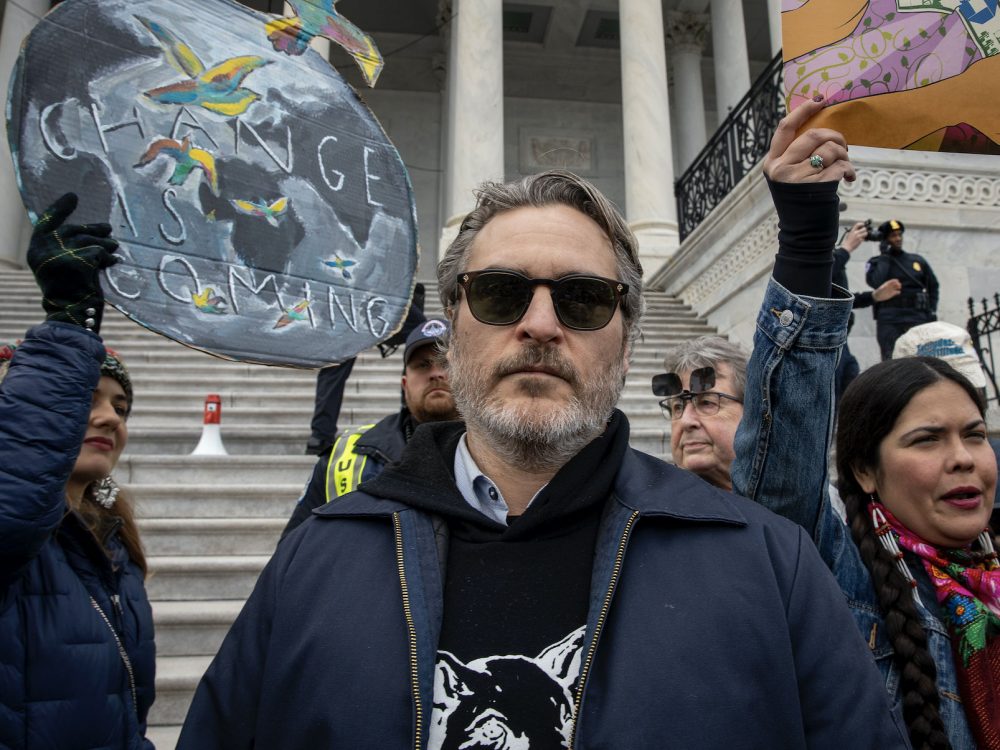 “Something I think isn’t oftentimes talked about in the environmental movement or in the conversation about climate change is that the meat and dairy industry is the third leading cause of climate change,” he said.

“I think sometimes we wonder what we can do in this fight against climate change and there’s something that you can do today, right now, and tomorrow, by making a choice about what you consume.”

Phoenix continued: “I struggle so much with what I can do at times. There are things that I can’t avoid – I flew a plane out here today, or last night rather. But one thing that I can do is change my eating habits.”

The remarks come days after Phoenix’s speech at the Golden Globes, in which he praised the Hollywood Foreign Press Association (HFPA) for serving guests with vegan food.

Even the Joker believes in climate change! Joaquin Phoenix calls out the meat and dairy industry for being the 3rd leading cause of the climate crisis #FireDrillFriday pic.twitter.com/NpxdC7aU38

While accepting an award for best actor for a motion picture, drama, the Joker actor said: “I’d like to thank the Hollywood Foreign Press Association (HFPA) for recognising and acknowledging the link between animal agriculture and climate change. It really sends a powerful message.

“It’s really nice that so many people have sent their well wishes to Australia but we have to do more than that.”

Fonda has led the Fire Drill Fridays protests in Washington DC since last October, reportedly getting arrested on four separate occasions for her involvement.

The group holds a protest on the steps of the US Capitol building every Friday morning, inspired by teenage climate activist Greta Thunberg.

The protests “demand that action by our political leaders be taken to address the climate emergency we are in,” according to the Fire Drill Fridays website.

Read the original article by Sarah Young on the Independent.