A beginner’s guide to vegan investing

Vevolution's founders explain vegan impact investing and why Pitch & Plant 2020 is important for the future of plant-based innovation. 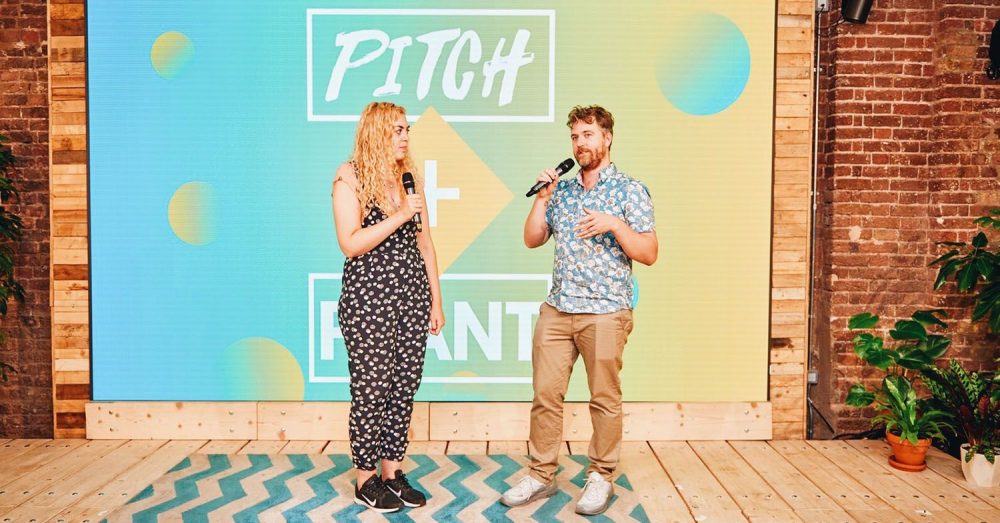 A new investment platform from Vevolution will help plant-based startups and angel investors network more effectively. The finished version of the platform is coming to the Vevolution website in November.

Founders Damien Clarkson and Judy Nadel told LIVEKINDLY that they see their new platform as a way of “leveling the playing field” for promising plant-based entrepreneurs around the world, ensuring equitable access to funding and support for innovative projects.

“With the new platform that we’re building… It’s really aimed at startups. For them to be able to find investors,” said Nadel. “We are really passionate about increasing diversity in the plant-based community. And making sure that everyone is able to access the same opportunities.”

To celebrate the launch of the new platform, Vevolution has organized a Shark Tank-style competition—Pitch & Plant 2020—for vegan startups seeking investors, with a minimum of $200k in funding up for grabs for the finalists.

“In order for this movement to grow, we all need to be helping and sharing these resources. But the other great thing is for the investors to find startups. And lots of startups were asking us for advice,” added Nadel.

🌈 HAVE YOU SEEN THE NEXT PLANT-BASED UNICORN? 👀⁠ ⠀⠀⠀⠀⠀⠀⠀⠀⠀⁠ Food, technology, fashion, cell based meat and fish – our investors are looking for it all! There’s less than three weeks to apply for Pitch & Plant and to get your hands on a minimum of $200,000! ⁠ ⠀⠀⠀⠀⠀⠀⠀⠀⠀⁠ So if you think you’re the next Beyond Meat or JUST, we want to see your pitch deck! Click the link in our bio to find out more or apply.

Vevolution was initially created as an events and media organization in 2016. It now aims to further support the plant-based sector by facilitating effective investments and partnerships for both up-and-coming startups and potential investors.

Pitch & Plant first launched as a side event at Vevolition’s 2017 festival. But interested startups, investors, and spectators packed the room, prompting its return and expansion in the following years. This year is the first time Pitch & Plant is open to participants globally.

“What we hope to see is a lot more companies getting funded and a meritocracy of investment,” said Clarkson. “And making sure that the best companies find the right investors. Pitch & Plant is an extension of that.”

Vevolution is looking for startups from all sectors to sign up for this year’s Pitch & Plant event. Including plant-based food, technology, fashion, and cellular meat. The upcoming platform has been co-developed with Vevolution’s new partner Michiel van Deursen, the founder of Capital V and a key investor in This, Allplants, and Impossible Foods.

Along with Deursen himself, Pitch & Plant 2020’s potential investors include Simi Valecha Johnson and Cliff Johnson, Sebastiano Cossia Castiglioni and Miray Zaki, Willem Blom, Silla and Maarten Scheepens, and Måns Ullerstam. Successful startups such as Heura, Mighty Pea, The Vurger Co, and The Vegan Kind are all included in their collective portfolio so far.

This year, each Pitch & Plant investor has committed to invest a minimum of $200,00—and the minimum total investment amount is £140k ($180k) for finalists. The final, live, virtual event will take place on Dec. 10 in front of a global audience.

What Is Impact Investing?

Globally, investors are increasingly taking part in impact investing, including within the plant-based sector.

According to the Global Impact Investing Network (GIIN), impact investing describes investments “made into companies, organizations, and funds with the intention to generate a measurable, beneficial social or environmental impact alongside a financial return.”

In short, investors seeking to both make money and support worthwhile causes such as social and environmental change, housing, healthcare, and other infrastructure, choose potentially profitable companies that fit with their ethical specifications.

Impact investing spans both fully developed and potentially—or currently—emerging markets. This includes the booming plant-based food sector, which is rapidly advancing but still in relatively early days. By financing ethical and responsible companies, investors can support additional progress in areas such as climate change, animal welfare, and human rights.

Investors choose who they give their money to, and much like consumers, show their endorsement through financial support. This enables unique startups to get off the ground and rewards those with unique and forward-thinking ideas with the required capital to develop them.

Impact investing encourages environmentally and socially responsible behavior from companies. But it also diverts financial capital away from the companies that follow destructive and unethical practices. This applies to vegan investing, too.

If vegan investors support plant-based startups, they are encouraging the type of businesses they wish to see in the marketplace and diverting capital away from others.

“There’s a great opportunity to be part of this emergence of a new way of eating,” said Clarkson.

“We’re trying to transform all the systems of the world,” he added. “The food system, what we have at the moment, is systematically broken. It’s bad for the planet, it’s bad for the animals, it’s bad for us. So there’s a massive opportunity there to be part of the transformative change that is happening.”

Investment can also support diversity and better representation within the plant-based sector. One specific form of impact investing is Gender Lens Investing, which aims to combat gender oppression. According to a report published in 2017 by the journal Venture Capital, male chief executives received around 97 percent of all U.S. venture capital between 2011 and 2013.

‘We Really Want To Help Bridge The Gap’

Impact investing can help to diversify the investment sector itself. In addition to supporting better gender representation, it can also highlight entrepreneurs and investors who are not based in the U.S.—particularly people of color. Even in countries outside of the U.S., startups that receive significant funding are frequently led by white expatriates.

According to data analyzed by The Guardian, only two of the top 10 African-based startups receiving venture capital in 2019 were led by people from African countries.

“In the plant-based space, it is led by white men. So we really want to help bridge the gap,” she added. “There are a lot of amazing early-stage startups run by female founders or founders of color. But there seems to be a gap from startup to scale-up.”

Vevolution is not the only organization to support plant-based innovation in the sector. In September, Nestlé launched a new research and development accelerator in Konolfingen focused exclusively on dairy and plant-based dairy alternatives. The project aims to support students, scientists, and startups in realizing their ideas and product designs.

Where Should Vegans Invest?

If potential vegan investors wish to bank their money in a way that represents their belief system, avoiding companies that negatively impact people, animals, and the planet is a good place to start. Some companies choose to operate transparently. And searching for those with responsible environmental policies is a key part of effective vegan investment.

“We should all get to change the world, and hopefully make money while we are doing it,” explained Clarkson.

Clarkson and Nadel suggested that potential investors look to founders and seek out people who are mission-driven and passionate about the plant-based space. They also recommend observing the emergence of B-Corps from startups—private, voluntary certifications of social and environmental performance.

“That’s something to look out for if you’re an investor. People who are becoming part of that movement,” said Clarkson. “It’s such an exciting time to be creating a company.”

Clarkson and Nadel suggest that potential investors think outside the plant-based food box; by expanding their scope of interest to other sustainable and plant-based areas. Crucial ingredients, such as Geltor’s collagen replacement, continue to show impressive potential for the coming years.

Following the initial expansion of the plant-based food sector, ingredients and components from further down the supply chain remain relatively untapped.