What you need to know about Iodine

Thriving on a vegan diet. 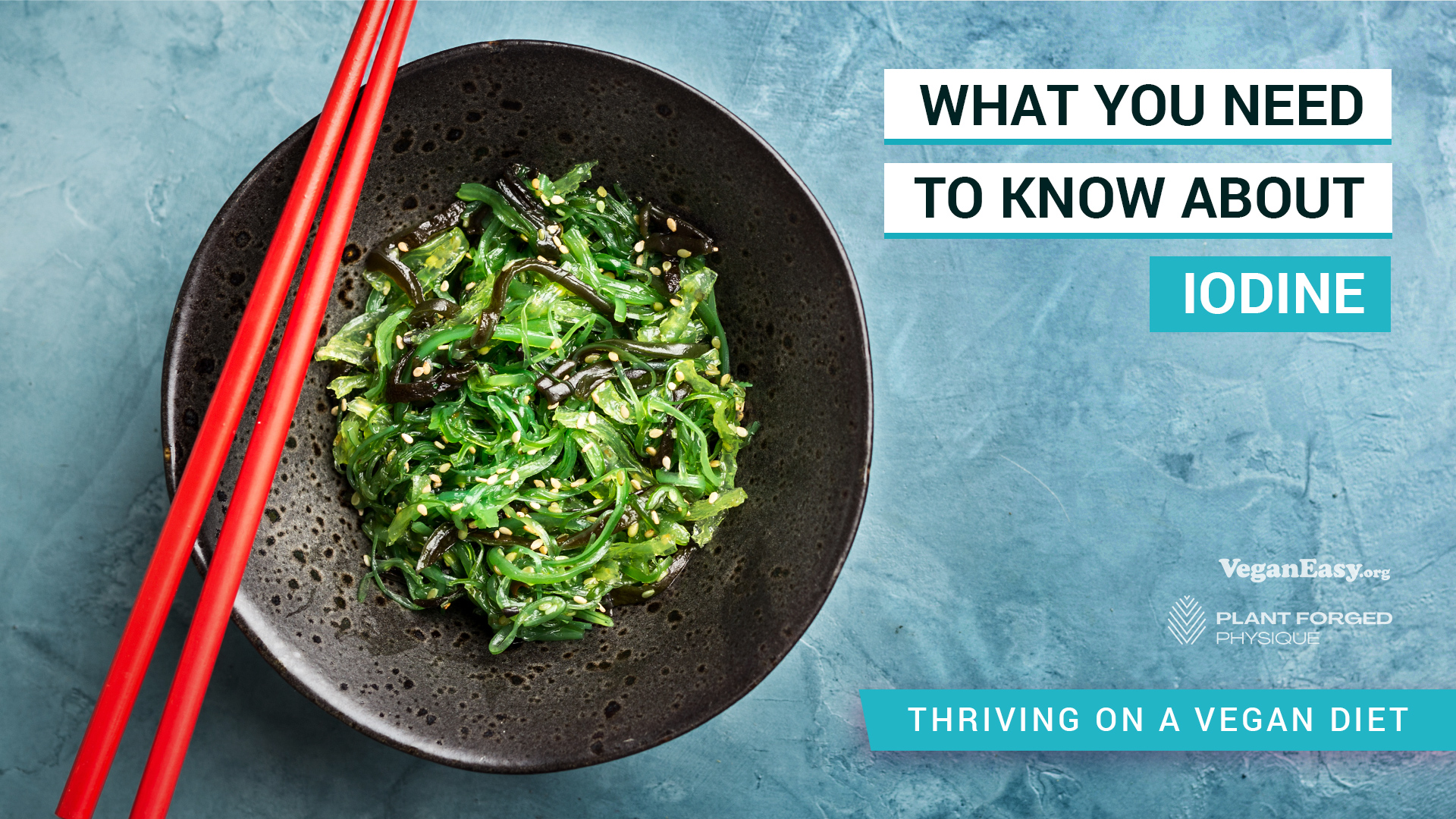 This article series is a spotlight on the micronutrients, vitamins and minerals you need on a vegan diet. We look at where you can get them, how much you need, if supplementing is necessary, and tips for incorporating them into your plant-based diet. 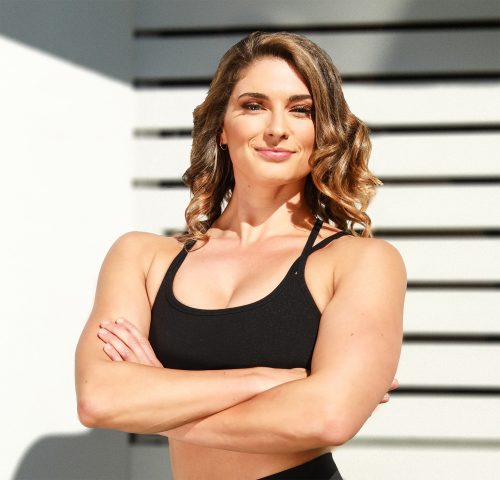 Article by Caitlin Adler, a vegan Accredited Sports Nutritionist, Strength & Conditioning coach and bodybuilder at Plant Forged Physique. Her passion is helping vegans achieve their health and fitness goals with evidence-based guidance and expertise. Check out their free Vegan Supplement Cheat Sheet and other resources.

Iodine is a mineral needed for the production of thyroid hormones, which create proteins and enzyme functioning, as well helping regulate a normal metabolism. Additionally, babies and infants require enough iodine for normal physical growth and brain development.

Iodine is an essential mineral which means it cannot be made by the body and must be consumed from food or supplements.

A low consumption of iodine can result in not enough thyroid hormones being produced. This in turn can lead to hypothyroidism. Symptoms of hypothyroidism include fatigue, weakness, a sensitivity to cold, dry skin and hair, weight gain and constipation.

The daily recommended amount for iodine is: 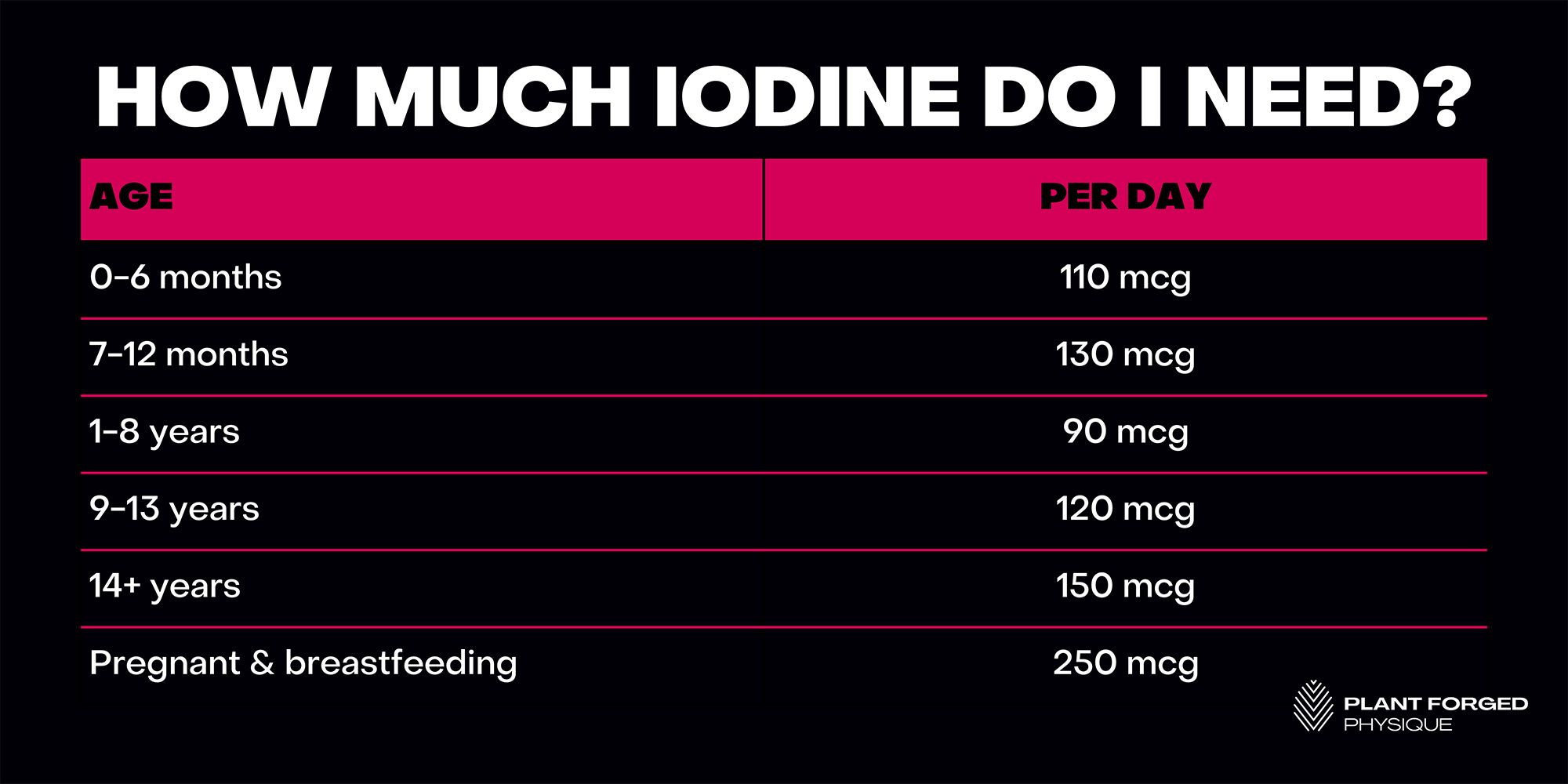 The production of thyroid hormones increases during pregnancy, so mothers require higher amounts of iodine.

Over 50% of children and pregnant or breastfeeding women living in Australia have been shown to be iodine deficient, and are at risk of developing thyroid disease. Moderate to severe iodine deficiency in babies, infants and children can stunt growth and brain development.

Thankfully for vegans, seaweed, like kelp, nori, kombu, and wakame, is one of the best food sources of iodine. The iodine amounts in different seaweed species can vary from 16 mcg to 2,984 mcg per gram. While iodine is also found in fish and other sea life this is because they get iodine from seaweed in their diet or absorbed from seawater.

It’s also known that dairy contains iodine. However, this iodine comes from supplements the cows are given or iodine based cleaning agents used on the cows and milk-processing equipment.

International health agencies WHO, UNICEF and ICCIDD recommend that all salt be iodised – in a proposal called the Universal Salt Iodisation. On this recommendation, it’s been required in Australia and New Zealand since 2009 that bread is made with iodised salt, so this can be a useful source of iodine for vegans. Since this change, iodine intake in women aged 16–44 increased by 52% and in children aged 2–3 increased by 29%. 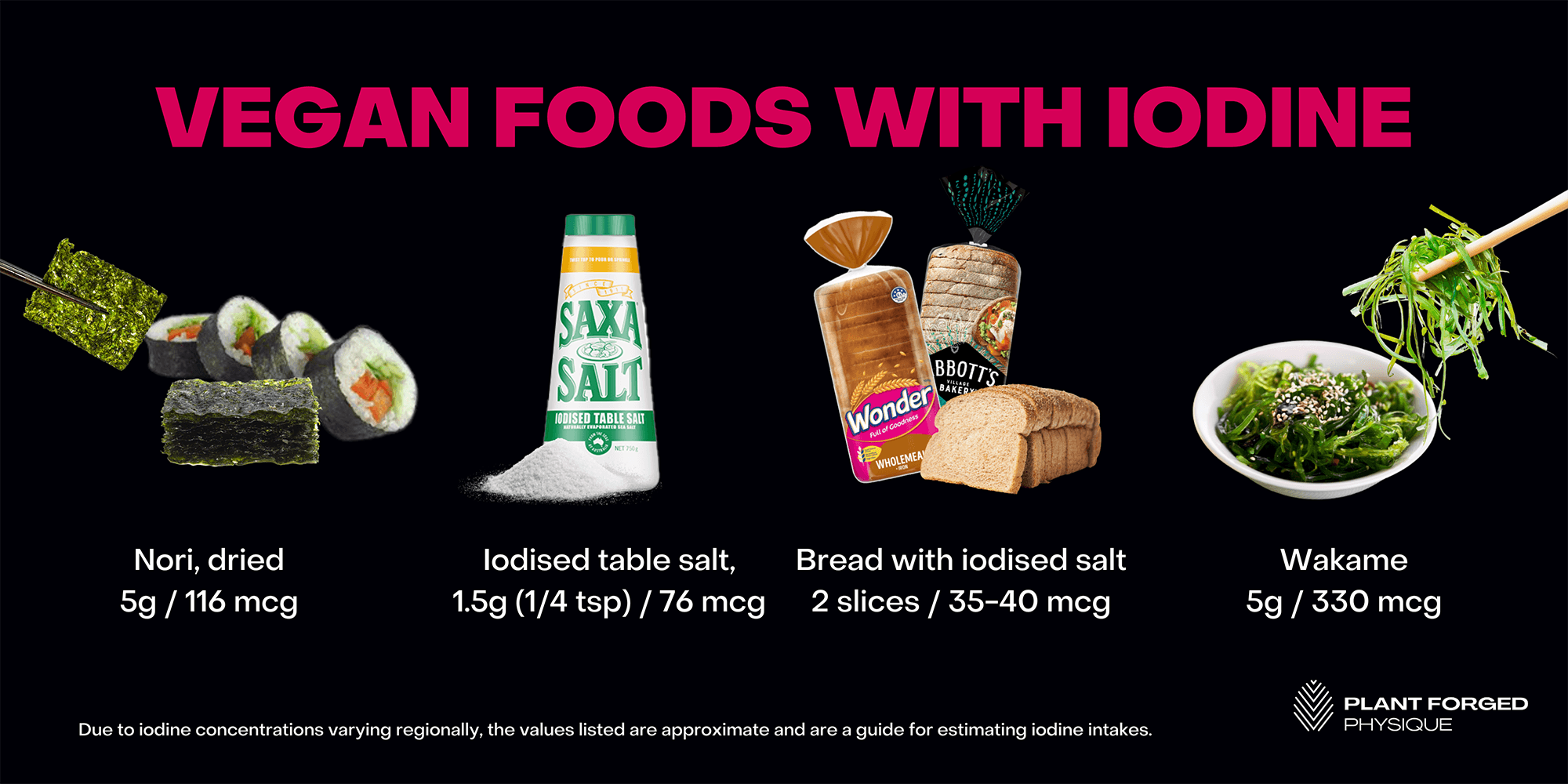 Unfortunately, most fruits and vegetables are poor sources of iodine because they are affected by iodine depleted soil, fertiliser use, and irrigation practices. This in turn influences the iodine content of animal products.

The exception is for vegan or non-vegan women who are pregnant, breastfeeding or considering pregnancy, who should supplement with at least 150 mcg per day. Women who have thyroid disease, should consult their doctor before taking an iodine supplement. 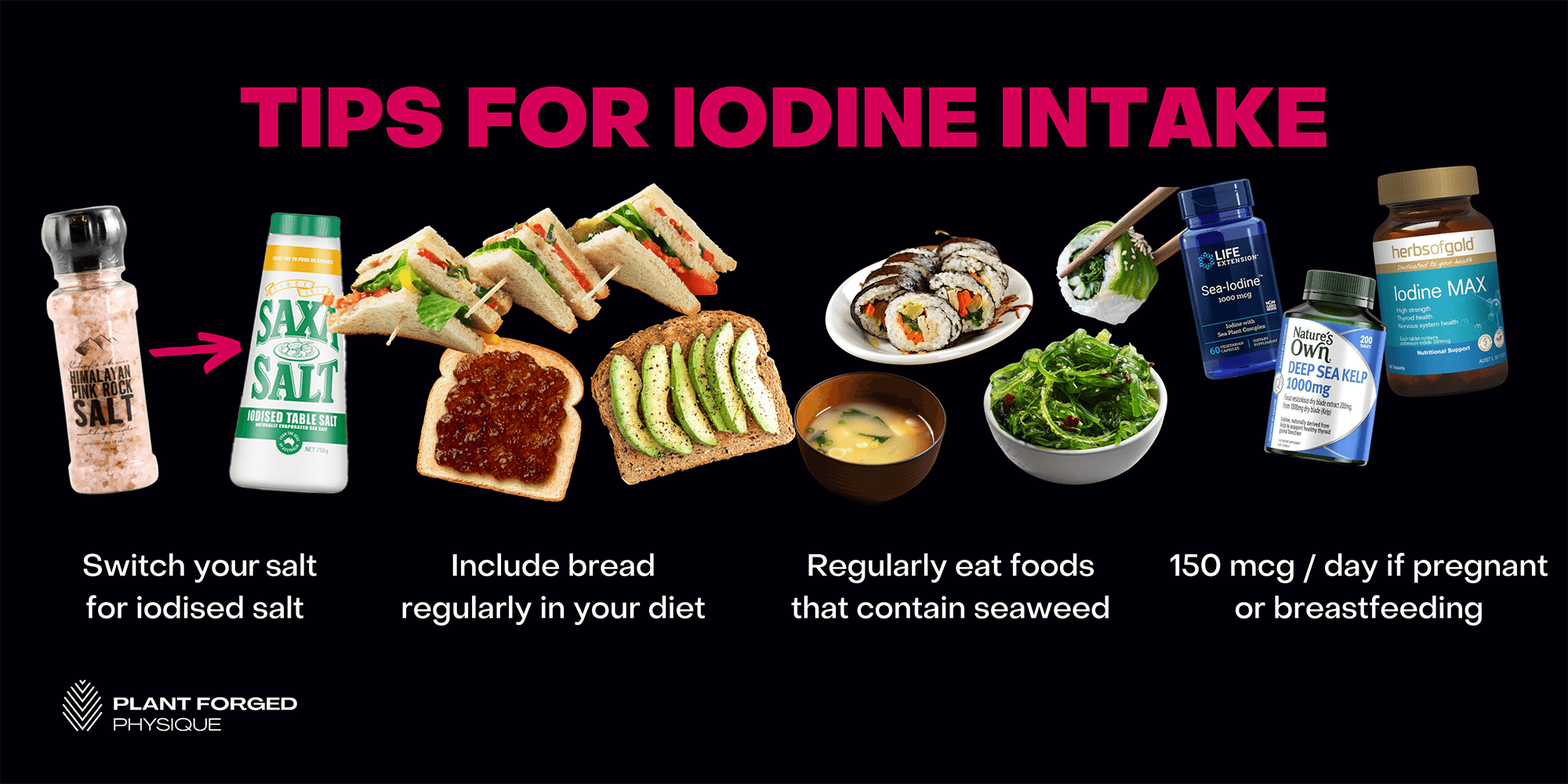 Iodine can be found in a vegan diet – you just need to be aware of including it regularly enough. To ensure you’re getting enough, some tips would be to switch your table salt for iodised salt, and eat bread and foods with seaweed regularly.

Want to learn more about supplementing as a vegan?

This handy evidence-based guide outlines exactly what supplements are needed to improve muscle gain, health, performance, recovery, and fat loss – and which ones are a waste of your time and money!