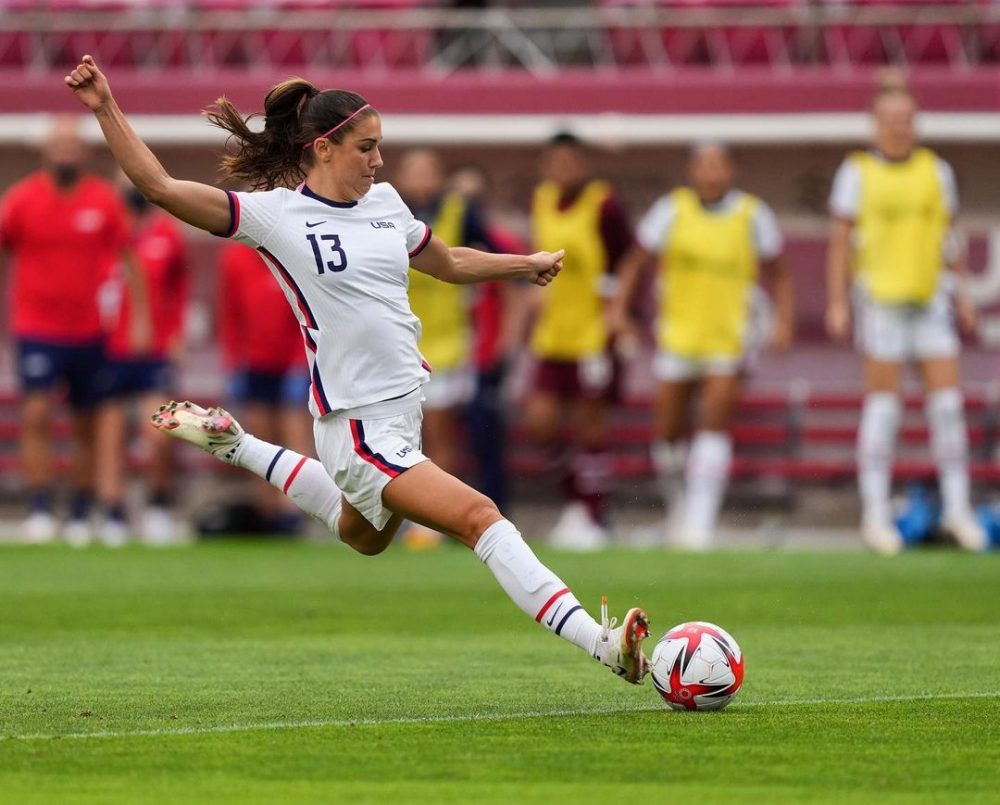 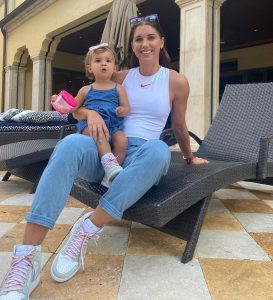 A highly accomplished soccer player at the international and national levels, at the age of 22, Alex was the youngest player on the U.S. national team to play in the 2011 FIFA Women’s World Cup. In the London 2012 Olympic Games, she scored two goals in a 4-0 win against Canada. In the same year she became the sixth (and the youngest) player to score 20 goals in one season. She also won two consecutive FIFA World Cups – in 2015 and 2019.

Now at the age of 32 and as a new mother, she’s still at the top of her game playing for the San Diego Wave FC and the United States Women’s National Soccer Team. Having ditched all animal products from her diet since 2017, Alex says she has more mental clarity and better physicality as a vegan athlete.

She also revealed that her love of animals played a role in her decision to change:

“I’m passionate about giving animals a voice. I even adopted a vegan diet, because it didn’t feel fair to have a dog I adore, and yet eat meat all the time.”

In the lead up to the Tokyo Olympics Alex fueled her hours of training with anti-inflammatory foods to help reduce physical stress and promote faster recovery.

In an interview with The Beet Alex shared what she eats in a typical day: 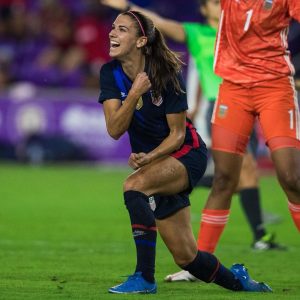 “Breakfast is oatmeal with banana, blueberries, cinnamon, and a little bit of maple syrup to sweeten it.

Lunch is a big salad with pecans, walnuts, beets, or I’ll have tofu with rice and veggies. That’s a typical lunch.

Dinner: I love Mexican food so it will either be a burrito bowl or tacos, with black beans and rice. I love Fajita veggies, with salsa, and avocado. Charlie [Alex’s daughter] loves all these things so it’s easy to make for the whole family.

Snack: I love an energy ball, so that’s nut butter, oats, some chocolate chips and coconut flakes. All rolled into a ball so it’s a lot of healthy energy.”

Alex is looking forward to the 2023 FIFA Women’s World Cup.