The Strongest Vegans in the World 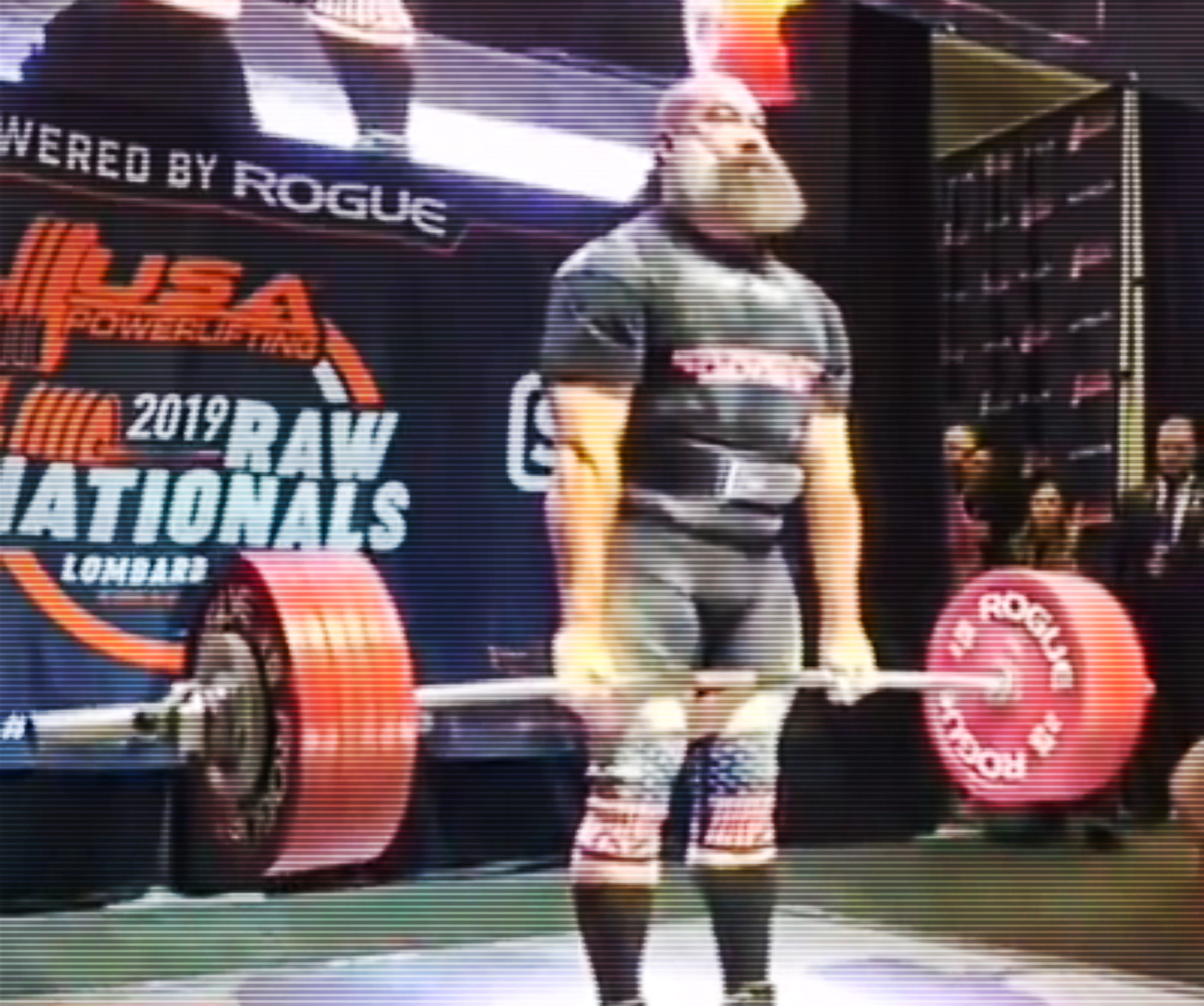 The mighty Ryan J Stills, strongest vegan in the world

Article by Noah Hannibal. Noah is the reigning Oceania Bench Press champion (2021). He has never eaten meat and been vegan for the last 30 years. Note: this article was published in November 2021 and there have already been several changes, you can find an up to date version of the list of strongest vegans in the world here.

Just a short decade ago people would laugh at the idea of strong vegans, it was commonly thought to be impossible for someone to get strong eating only plant based foods, and the image of a vegan in the popular mind was of a pale, wasting away weakling.

Over the years more and more beast mode vegans have emerged to put this mistaken belief to rest, with athletes like Clarence Kennedy and Patrik Baboumian lifting insane amounts of weight, and numerous vegans winning World Championships and breaking records in open competition. Groundbreaking films like The Game Changers have opened the eyes of millions to the fact that you can maximise performance on a plant-based diet.

These lifters are pioneers who often faced ridicule and skepticism as they showed the world, and most importantly, other strength athletes, that it is possible to gain optimal amounts of strength as a vegan. This ranking of the strongest vegans is a tribute to their trailblazing path.

There is no one perfect way to measure strength, but one of the best methods we have is to look at performance in raw powerlifting competition. The weights are calibrated and the three lifts (squat, bench press and deadlift) are performed in front of multiple referees. This means that lifts can’t be cheated with spotter assistance, inaccurate or fake gym weights, or poor form like hitching or high squats. In compiling this ranking of the strongest vegans I have used published results from powerlifting competitions.

A final important point to note is that there are drug tested and non-drug tested powerlifting competitions. Strength athletes who use performance enhancing drugs are typically able to lift 10-20% more than drug free lifters. To draw attention to lifters who compete in drug tested competition I will highlight them in green below, but this should in no way be taken to imply that lifters who compete in non-drug tested federations are using performance enhancing drugs, as many drug free lifters do compete in non-tested federations.

Special mention must be given to the mighty Ryan J Stills. Ryan is a multiple world champion powerlifter who competes as a veteran drug tested athlete in the world’s largest powerlifting federation. He has a competition total of 850kg, well beyond any other vegan lifters. He went vegan for ethical reasons around two and a half years ago, and last month competed in the 2021 IPF World Championships, winning Gold and Best Lifter Overall in the Masters 1 division. When asked how going vegan impacted his strength he said “Once I got my caloric intake dialed in, I was putting up some of the best numbers of my lifting career. Which was a great surprise to me as I’ve been lifting for 30 years now.”

Russian powerhouse Egor Golubev is also the reigning world champion in the Pro Masters division of the World Raw Powerlifting Federation, and has the largest known bench press amongst vegans.

Another final mention goes to Irish vegan and superhuman Clarence Kennedy. Clarence does not compete, but his lifts are extremely well documented and unquestioned by his army of mostly non-vegan followers. For this reason his lifts have been included here. One of the most impressive aspects of his powerlifting numbers is that he also trains as an Olympic-style weight-lifter, with strength levels on par with the strongest Olympians. 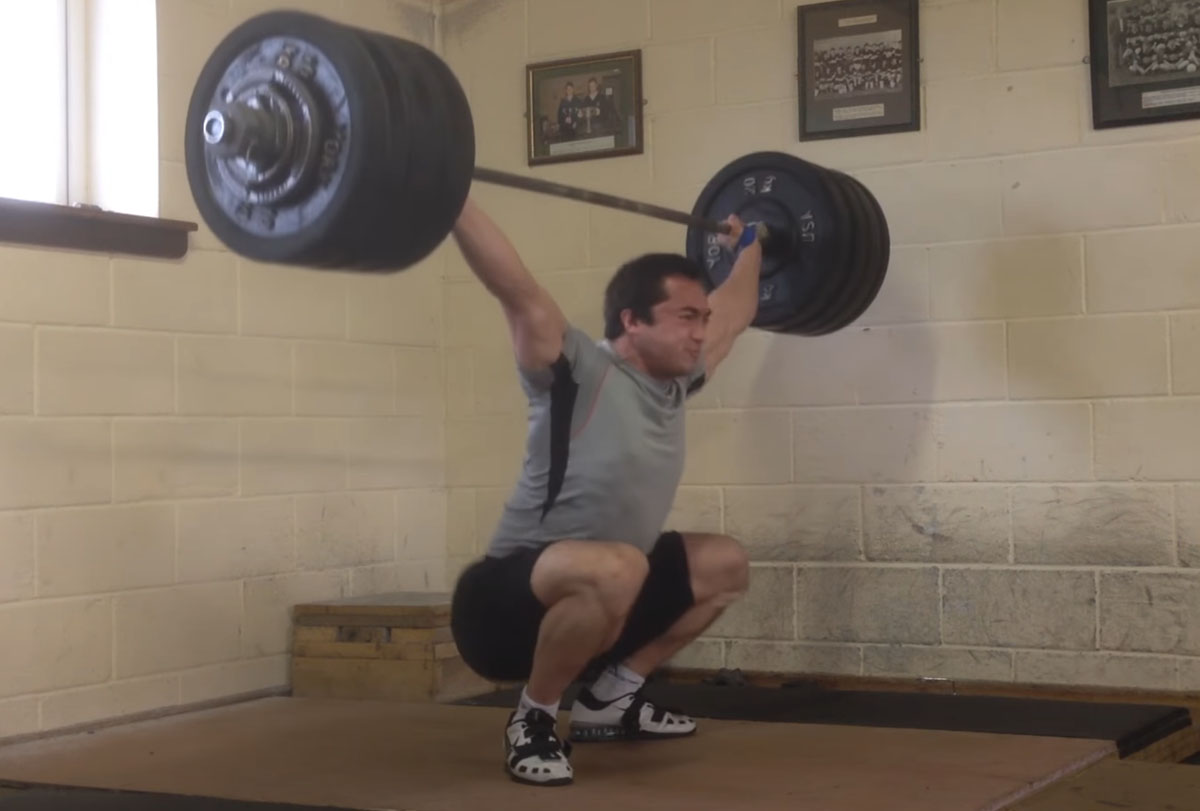 Without further ado, here are the strongest known vegans in the world. Their names link to their instagram accounts. The year they went vegan is included after their name.

The squat involves putting a loaded barbell on your shoulders and dropping down till the hip crease is below the knee, then standing upright again. The lift is to be performed without knee wraps or a squat suit, but use of a belt is permitted. 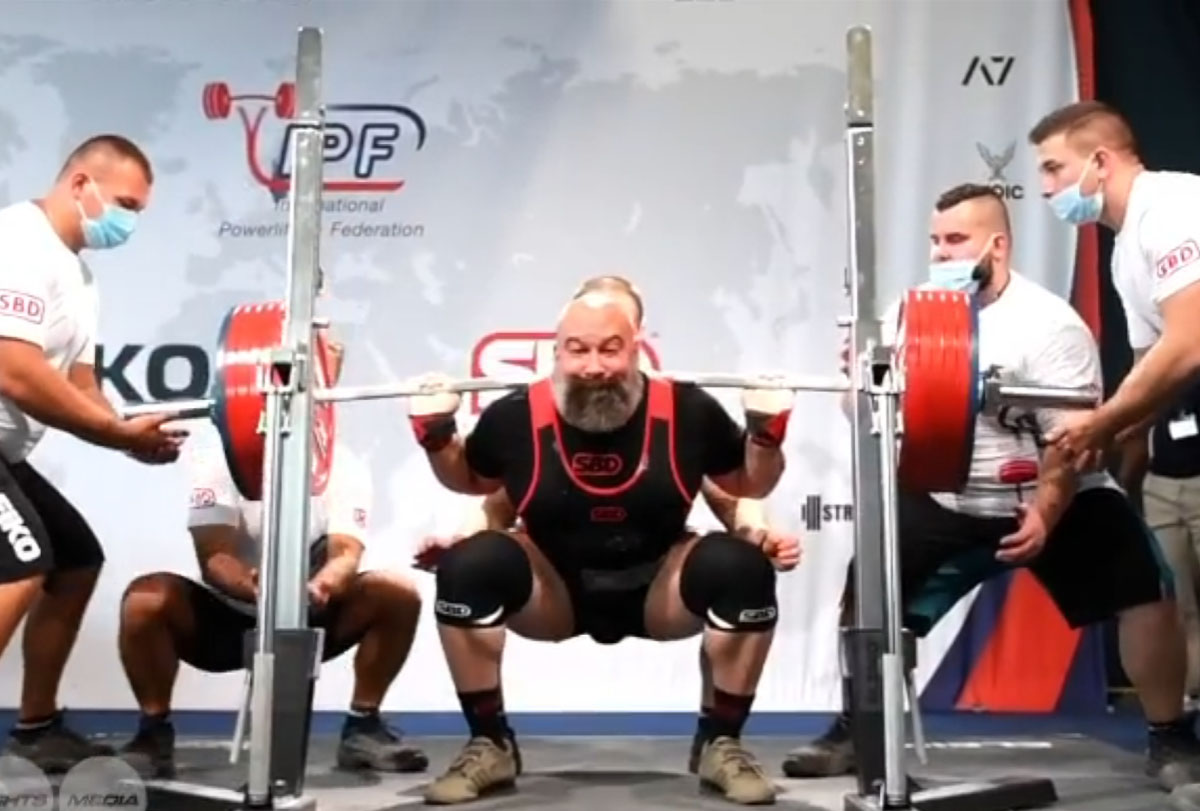 Notes of interest: (1) Oliver Zamzow has been vegan since the 1990s and has some of the highest lifts for Squat and Deadlift. The same is true of myself in the Bench press. This lends weight to the argument that strong vegans did not get strong on account of animal products they consumed in the past, and that being a long term vegan is no impediment to strength development.

The bench press involves lying on a bench and lowering a loaded barbell to your chest, pausing the weight then pressing the barbell back to the starting position, while keeping head, shoulders and buttocks in contact with the bench. The lift is to be performed without elbow wraps or a bench shirt, but use of a belt and wrist wraps are permitted. 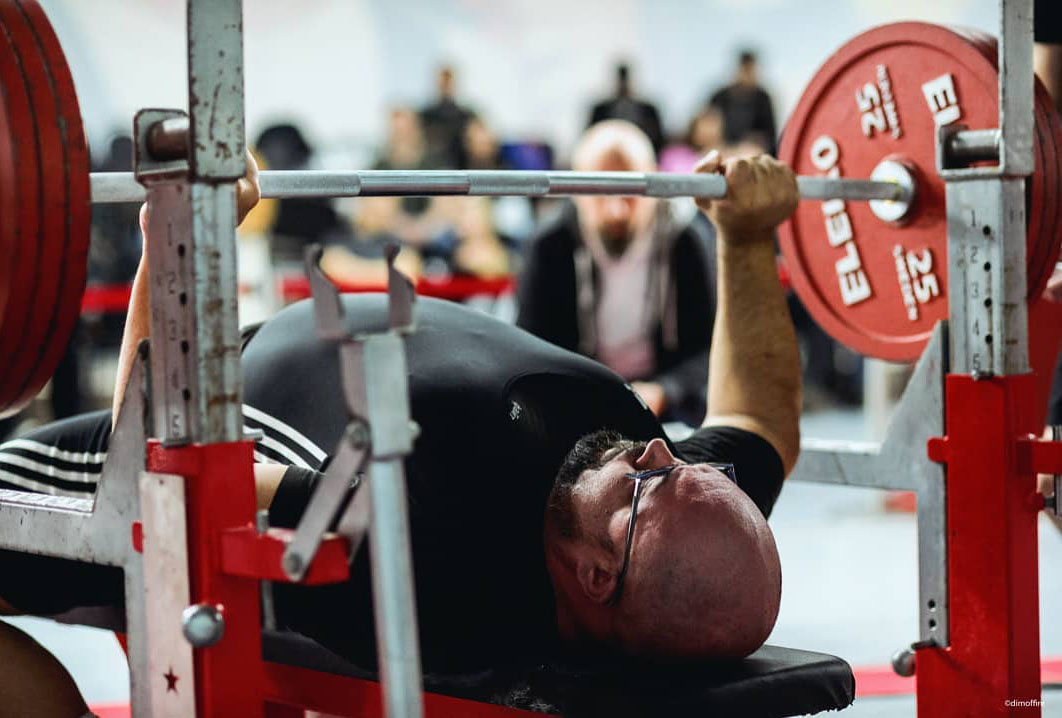 Notes of interest: (1) Just a few short years ago there were no vegans other than Patrik Baboumian who had bench pressed 200kg, and few that even came close. At this rate of progress we are likely to see a coveted 500lb bench press, and beyond, within the next few years.

The deadlift involves lifting a loaded barbell from the ground to hip height, with the torso perpendicular to the floor, and lowering it back to the ground. The lift is to be performed without straps or a deadlift suit. 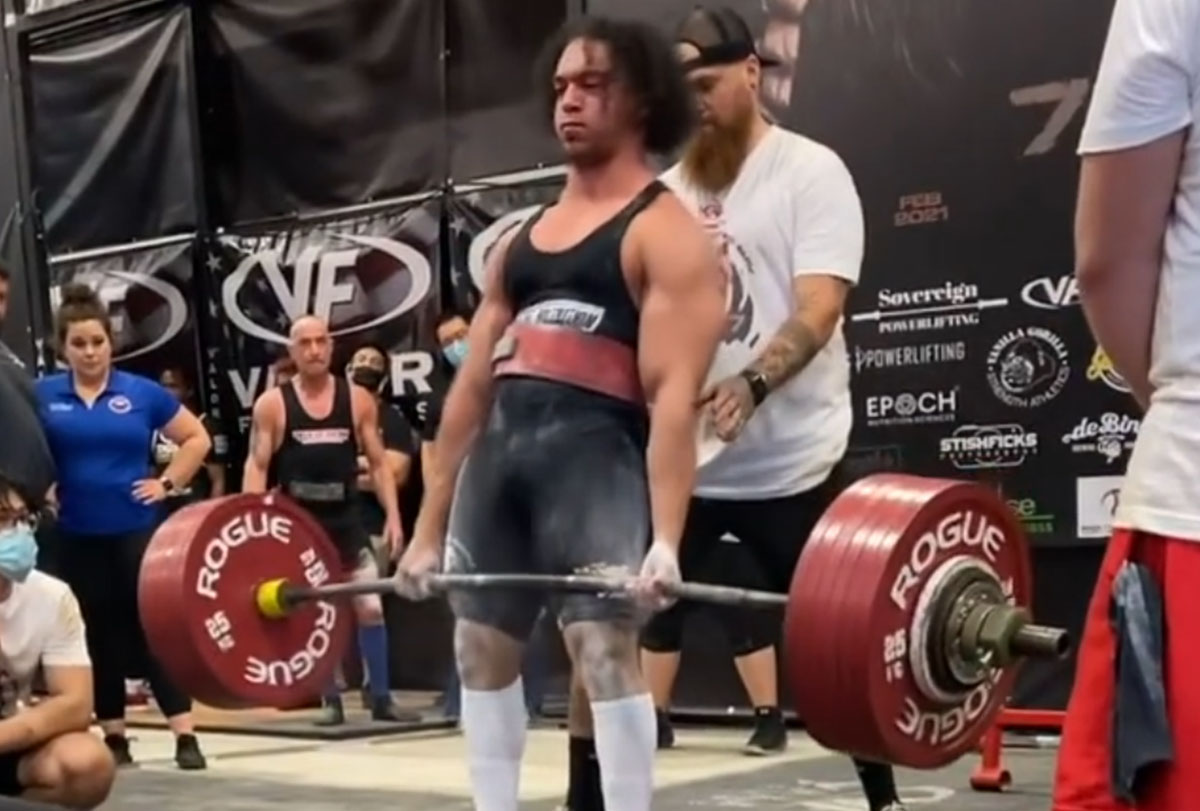 Marco Galindo destroying a 342.5kg deadlfit at the 2021 USPA Battle of the Bay competition in Florida

Notes of interest: (1) Marco Galindo has recently pulled 368kg in training (2) Evan Kardon is also known as the vegan deadlift king, and has lifted way more than his competition lifts in the gym, including a 381kg lift with straps (3) Mirko Božić, who is near the top of the Squat and Bench rankings, has recently deadlifted 340kg in training and should be near the top of this list soon as well. Mirko was also the second strongest powerlifter overall in Serbia in 2020.

These rankings deal with the most amount of weight lifted and don’t factor in gender and bodyweight. If there is any interest, I will prepare a list of the strongest vegans taking into account these factors, which would include women and some of the lighter powerhouses.

This list is nowhere close to perfect, as there are non-powerlifters who deserve to be featured prominently, such as three time Olympian and American weightlifting record holder Kendrick Farris. And of course one of the OG vegan badasses, Patrik Baboumian, does not specialise in powerlifting, and his feats of strength in strongman competition are legendary.

I have also tried to be as thorough as possible in my research, but these rankings are almost certainly missing some names, and hopefully it serves to bring many unknown monster vegans out of the woodwork.

As veganism becomes increasingly mainstream, more and more world class lifters will emerge, well and truly discrediting the mistaken belief that animal products are necessary to attain optimal strength, and helping usher in a golden age of vegan strength.