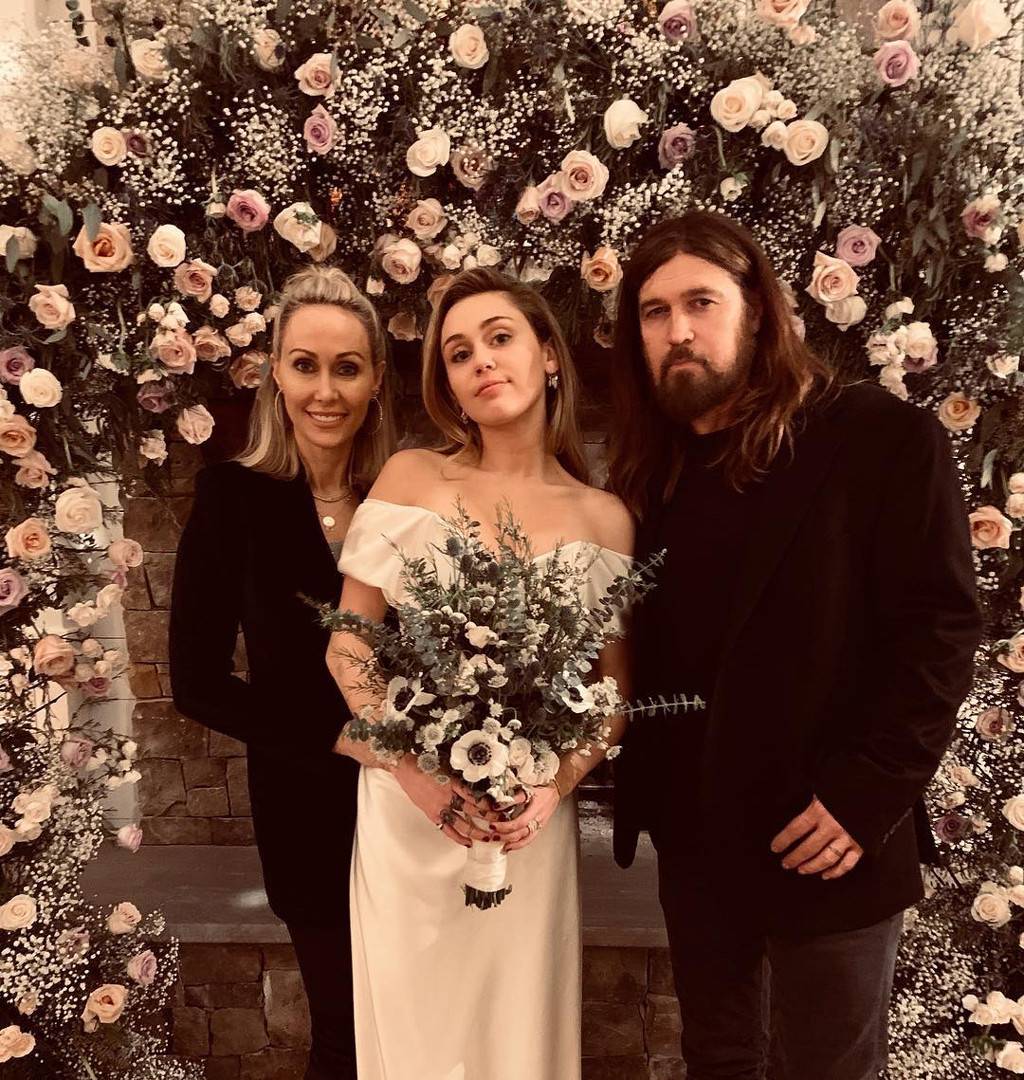 Since then, fans of the celebrity couple have been given inside looks of the wedding and reception through a number of social media uploads by the couple and their families.
The latest slice of information about the private event comes from Miley’s father Billy Ray Cyrus himself.

The Hannah Montana alum provided fans and followers with a look at the wedding cake.

An image shared to Instagram shows the newlyweds surround by friends and family as Miley goes to cut a slice out of a two-tiered cake topped with white frosting. 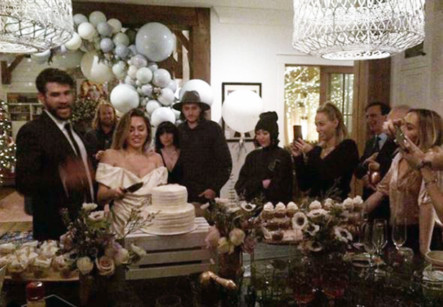 The cake appears to be perched on top of a white crate and is surrounded by a number of smaller pastries and cupcakes also topped with white frosting.

Billy Ray captioned the image, “Wedding wouldn’t be complete without one shot from Dads out dated blackberry camera. Love seeing all so happy”.Another image shared by the newlywed’s friend Conrad Carr showed that the couple cut the cake together.

A source told US Magazine that all the food at the reception was vegan. 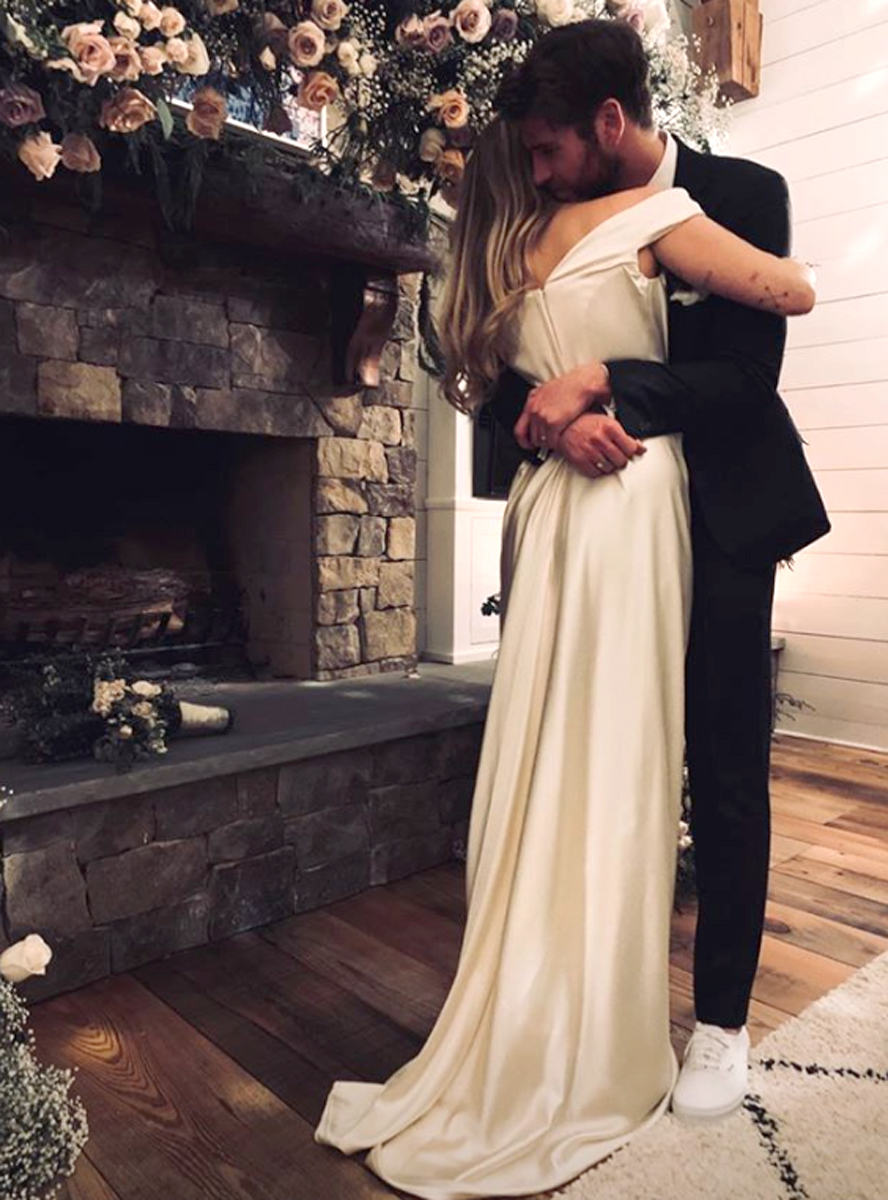 The original article by Tiffany Herbrik can be found here