Google reports that “vegan food near me” registered as a breakthrough search in 2021, which means the term saw a more than 5,000-percent increase in searches. 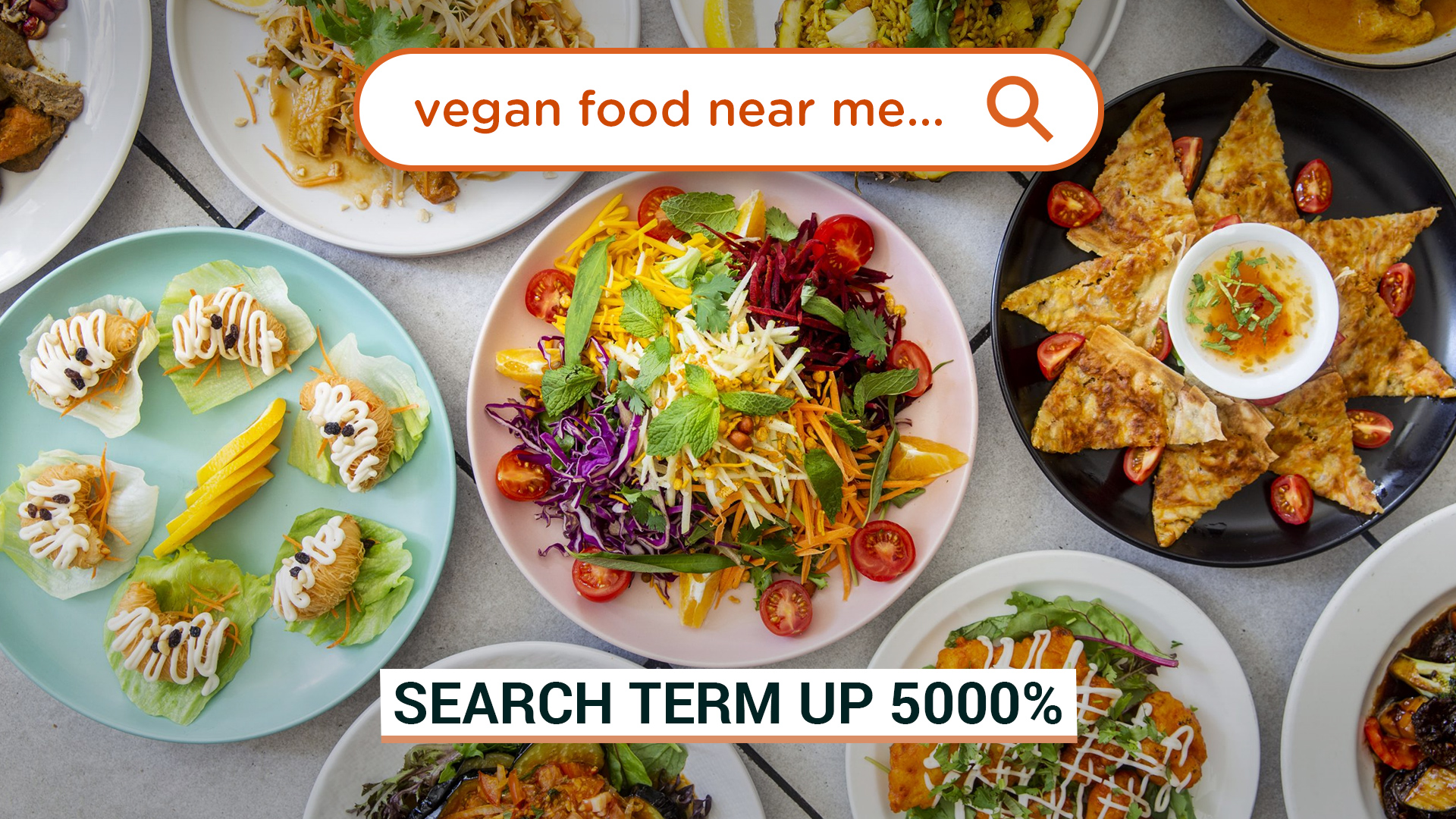 Google searches for “vegan food near me” experienced a more than 5,000-percent increase in 2021. Search engine Google identified the term as a “breakthrough search” in its newly released “Year in Search” report.

Outside of “vegan food near me,” Google users were seeking out other vegan-related topics. In the month of October, “is climate change caused by humans” and “how does eating less meat help climate change” were breakout searches in the United Kingdom. In November, global searches for “vino vegano” (vegan wine in Spanish) increased by more than 3,800 percent. When it came to specific foods, people searched for the word “vegan” in conjunction with pasta, cake, pancake, chili, and soup.

This year, as the world continued to struggle with the ongoing COVID-19 pandemic, Google identified that users were searching for “how to heal” in a variety of ways, both directly by inputting the term (which also experienced record search increases this year) and indirectly by searching for health-promoting topics, including those around planetary health. 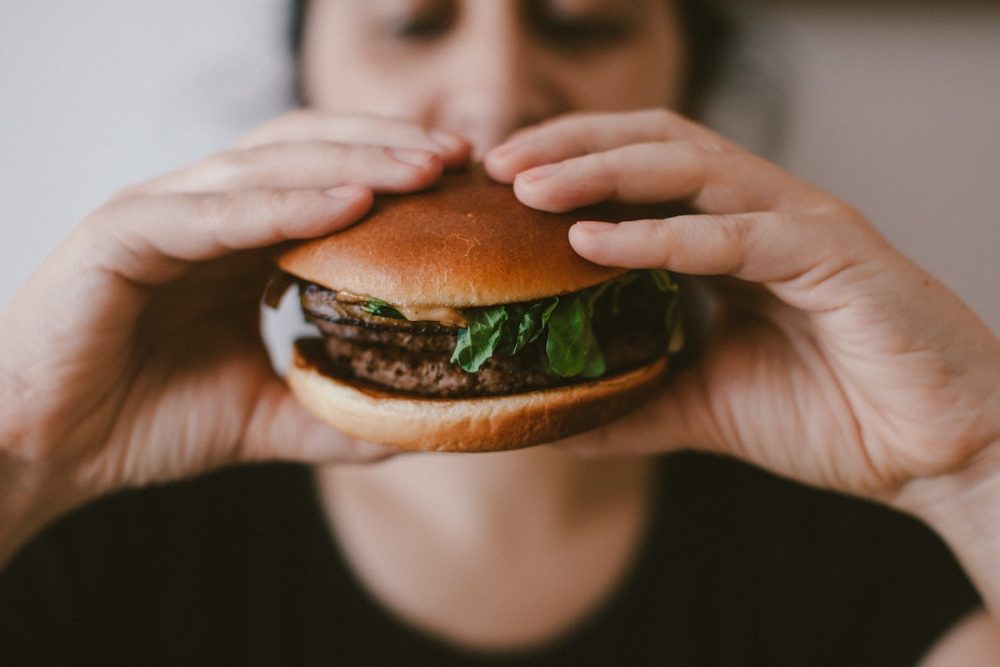 Google’s vegan searches on the rise

Google’s annual search report gives a glimpse into what people are most interested in learning, and veganism has been a high priority for several years in a row. A report released last year showed that Google searches for veganism hit an all-time high in 2020. And food is not the only query as 10 million Google searches are done for non-food related vegan items such as shoes, cosmetics, and handbags. When it comes to the popularity of veganism in specific global regions, the UK, Australia, and Israel held the top three spots with the United States coming in at 12th place.

Searches for vegan topics are most popular in the month of January, due likely to resolutions around achieving better health through diet change and the annual Veganuary campaign—which challenges people worldwide to go vegan for the month of January and beyond. In fact, January 2020 searches for “Veganuary” in the campaign’s home country of UK were about equal to those for “dry January”—a popular tradition to go alcohol-free at the beginning of the year. 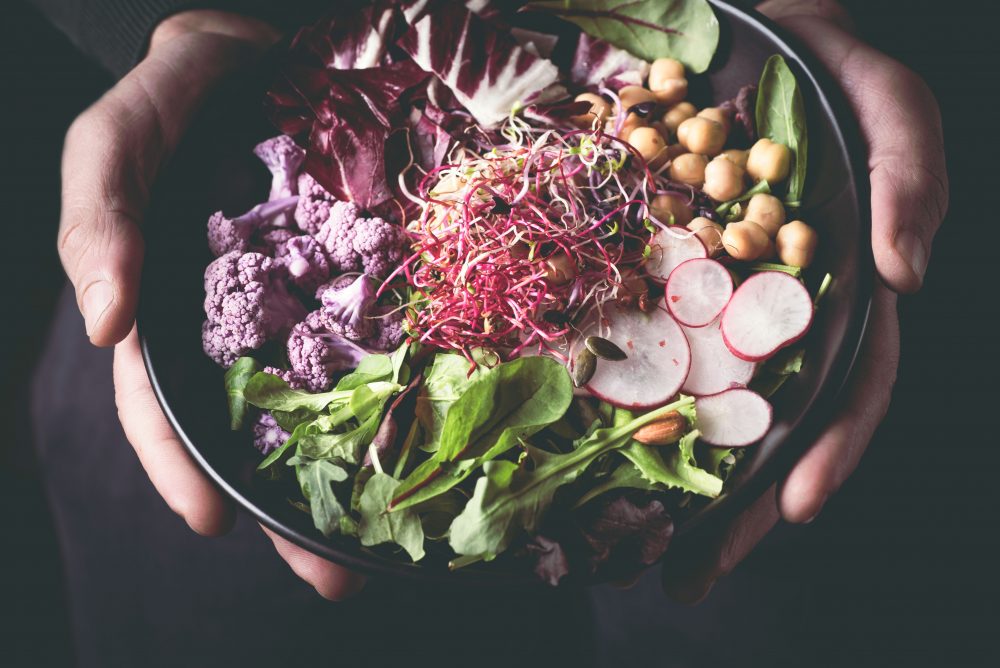 Overall, Google searches for “how to conserve,” “impact of climate change,” and “sustainability” also reached all-time highs in 2021. This year’s searches around veganism in combination with sustainability point to the growing awareness of animal agriculture’s impact on the planet. While research on the topic has been mounting for some time, this year, several major studies pointed to the fact that an animal-heavy diet is far more resource intensive than a plant-based one, including a University of Leeds study published this month in the scientific journal PLOS One which found that meat-eaters are responsible for 59-percent more greenhouse gas emissions than vegetarians.

Since many restaurants operated in a limited capacity in 2021, Google searches for “vegan food near me” likely ended with orders from popular food and grocery delivery platforms such as Instacart and Grubhub (which both confirm this trend as they experienced spikes in popularity of vegan food). On Instacart, approximately one third of users ordered vegan alternatives to meat and milk in the first quarter of 2021. On Grubhub, plant-based orders boomed, with the Impossible Cheeseburger dethroning the spicy chicken sandwich as the top order of 2021.