Activists around the world are calling on governments to put food systems at the forefront of tackling the climate crisis. 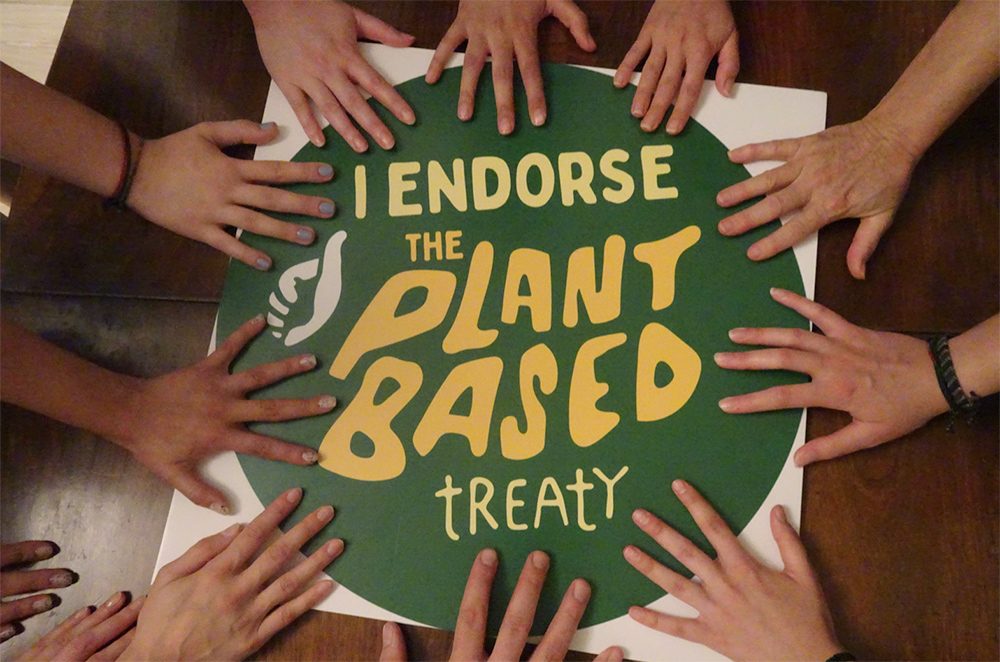 The campaign will work towards 10 million individuals, 10,000 organisations, 10,000 businesses and 50 cities to endorse the treaty by 2023, ahead of the Global Stocktake of the Paris Agreement (GST). Several high-profile celebrities have given their support to the treaty, including Moby, Leona Lewis and Sophie Aldred.

The Treaty urges leaders to negotiate a global agreement around the following three principles:

Under the 2015 Paris Agreement, countries entered into a pact to limit global warming to below 2°C – and preferably 1.5°C – above pre-industrial levels. While reducing the use of fossil fuels is an important way to reduce greenhouse gas emissions, alone it is not enough to meet this legally binding target.

The Plant Based Treaty draws attention to the effects of meat, dairy and egg farming, which are driving carbon dioxide, methane and nitrous oxide emissions, three major greenhouse gases. Experts say methane reductions are probably the only way of avoiding temperature rises above 1.5°C, and the biggest opportunity to slow warming between now and 2040.

“As the production of meat and dairy is a leading cause of the climate emergency, it’s clear that we cannot solve the climate crisis without going plant based. Change is imperative, and I endorse the Plant Based Treaty, for the animals, the planet and human health.” 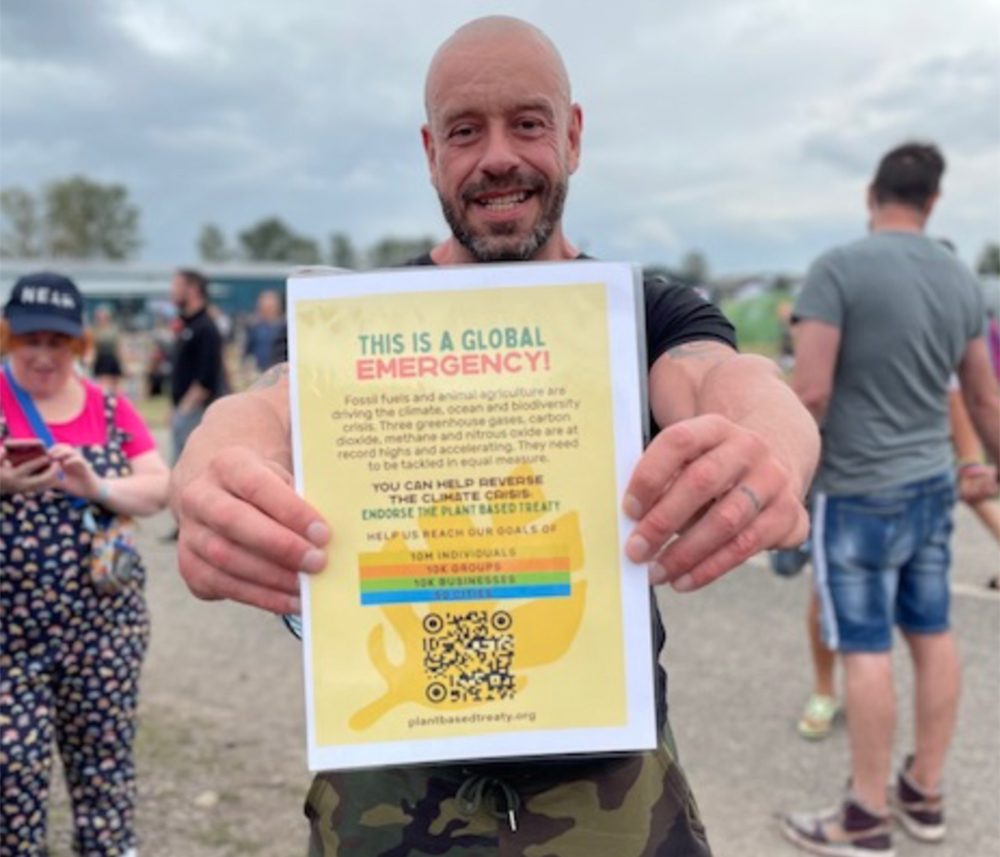 “The sixth Intergovernmental Panel on Climate Change (IPCC) agreement makes it clear that it is more critical than ever to reduce greenhouse gas emissions and identifies plant-based diets as a key method of achieving this. With our global temperature set to rise by 3°C unless we take urgent action, it is now imperative that we drive awareness of how our food systems – and animal agriculture in particular – are contributing towards the climate crisis.”

“With just five years left to reverse the worst effects of climate change, business as usual is no longer an option. It’s time to switch toward a plant based economy to reverse the damage we have caused to the environment, and to promote a healthier society.”

Individuals, organisations, businesses and cities can endorse the Treaty by visiting PlantBasedTreaty.org

TheVeganKind is proud to announce that it is now among businesses supporting the Treaty and will promote the initiative among its community.

The Plant Based Treaty initiative is a grassroots campaign designed to put food systems at the forefront of combating the climate crisis. Modelled on the popular Fossil Fuel Treaty, the Plant Based Treaty aims to halt the widespread degradation of critical ecosystems caused by animal agriculture and to promote a shift to healthier, sustainable, plant-based diets. We are urging scientists, individuals, groups, businesses, and cities to endorse this call to action and put pressure on national governments to negotiate an international Plant Based Treaty.