'He's conquered belittling, bullying, breaking through from the golden arches of McDonald's... he's a story of believing that anything is possible' 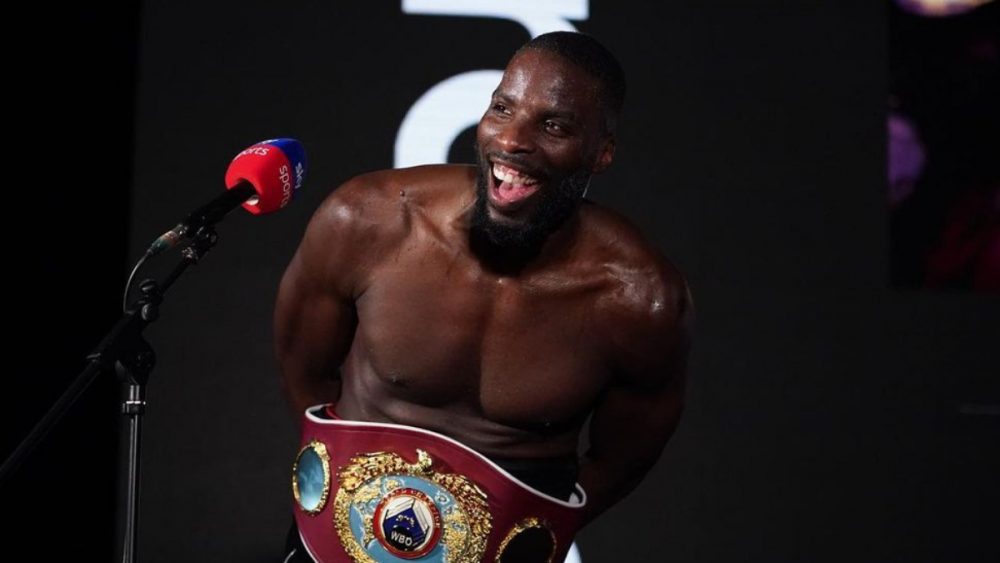 Okolie has followed a plant-based diet for his entire professional boxing career, and recommends it to other athletes Credit: Instagram

In his 16th professional fight, Okolie remains unbeaten. The 28-year-old scooped the win against Krzysztof Glowacki in a six-round knockout.

The athlete, who follows a plant-based diet, hopes he can be an inspiration to people. When he beat Isaac Chamberlain in a major victory in 2018, he revealed he hadn’t eaten meat in a year.

‘He’s conquered belittling, bullying, breaking through from the golden arches of McDonald’s… he’s a story of believing that anything is possible’, a SkySports commentator exclaimed as Okolie won the fight.

Lawrence Okolie isn’t the first vegan boxer to win a belt, as it is middleweight Keith Holmes who holds this title, according to World Boxing News. However, he is the first in the cruiserweight division – and the only current champion.

He told the outlet he had never eaten meat since becoming a professional outlet, and recommended the vegan lifestyle to fellow athletes.

This is because it leads to increased energy levels and helps maintain weight, he added.

More successful athletes are stepping forward to ‘smash’ the stereotypes associated with a vegan diet, including the heavyweight powerlifter Noah Hannibal.

Upon becoming world champion, Okolie told the BBC: “Doing all these interviews, realizing how much this means – not just to me but to so many people that I can inspire – it feels amazing to go in and actually get it done.

“I’m coming into my own, starting to believe in boxing. I used to just believe in my physical strength, the fact I can hit someone hard and stop them.