Beef Burgers are Destroying the Amazon. Here’s Why.

The meat industry is driving deforestation, and that’s bad news for the planet and us. 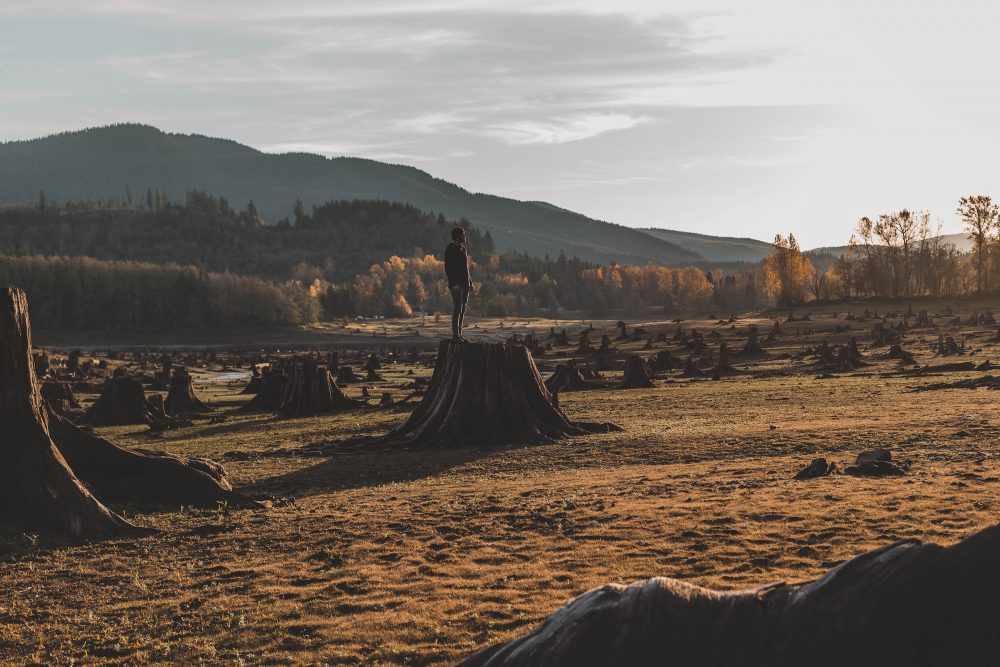 Back in school, most of us learned about photosynthesis from an early age. Science lessons taught us that when trees grow, they use sunlight to convert carbon dioxide and water into food. The process, which is the result of billions of years of evolution, is not only beneficial to the plants, but it’s vital for life on Earth, too. For one, as the climate crisis intensifies and emissions rise, we need to be able to remove more carbon dioxide from the air, before it heats the planet to an unlivable state. And as trees do just that without thinking about it, it makes sense to look after them.

But, for decades now, some of the world’s biggest industries haven’t been looking after the trees. Around 10,000 years ago, more than half of the world’s habitable land, around 6 billion hectares, was covered by forest. Now, thanks to humanity, that has dropped down to 4 billion, and it’s still dropping. This isn’t good news for us or the animals that rely on these forests to survive.

When it comes to deforestation, there are many culprits. Timber and palm oil, which is in around half of all packaged products, are two of them. But neither of these industries destroys the world’s forests to the same extent that meat does. Yep, it turns out, all of those beef burgers are seriously hurting the rainforest. And all of the soy grown to feed the world’s farm animals, well that’s destroying the rainforest, too.

Here, we take a closer look at meat’s role in deforestation, and what is being done to stop it. But also, how can we, as consumers, avoid products that contribute to it? 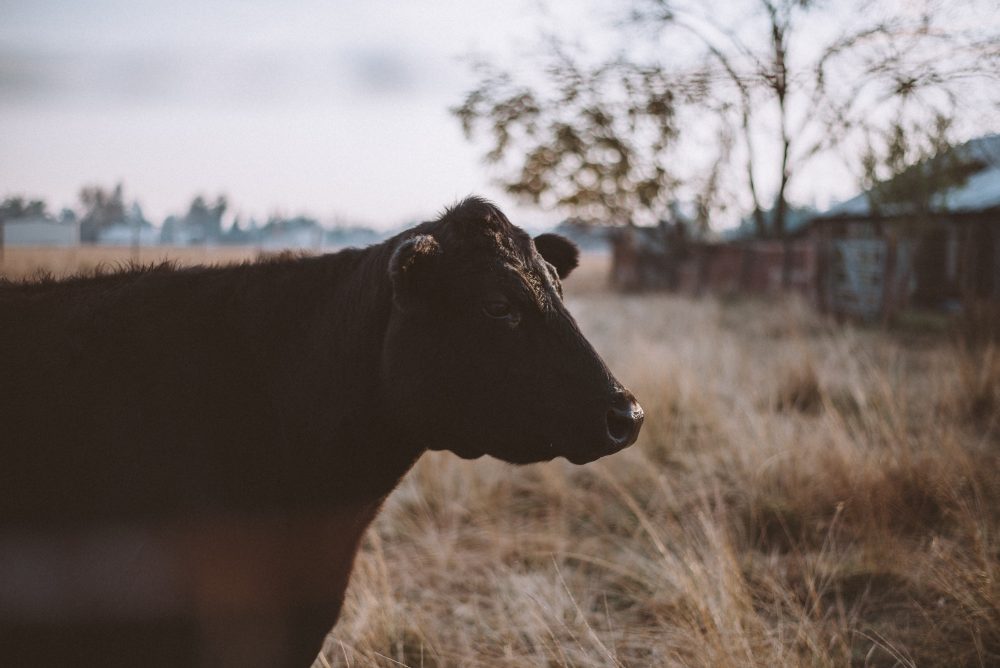 To put it simply, deforestation means intentionally clearing forested land. In the case of the beef industry, the leading driver of deforestation, forests are cut or set on fire (known as slash-and-burn) to make room for cattle grazing.

Fires are a regular occurrence in the Amazon Rainforest where a significant percentage of cattle ranchers operate. Most of the wildfires in 2019, which burned an area the size of New Jersey, started out intentionally for the purpose of land clearing. “The important thing to know about the Amazon is that few fires occur there naturally. Pretty much everything is started by humans,” Mikaela Weisse of the World Resources Institute told Vice in 2019.

Why is deforestation a problem?

Every year, a mature tree absorbs around 48 pounds of carbon dioxide. However, when they are cut down or set on fire, they no longer have the ability to remove the greenhouse gas. But it gets worse, as, when trees decompose or burn, they release the carbon they have stored back into the atmosphere.

According to the World Resources Institute, between 2015 and 2017, the loss of tropical forests around the world contributed roughly 4.8 billion tonnes of carbon dioxide emissions. And in 2021, one report discovered that due to deforestation and the climate crisis, huge parts of the Amazon rainforest are now emitting more carbon dioxide than they can absorb.

“This is a huge impact, you know directly because we are emitting CO2 to the atmosphere, which is accelerating climate change but also because it is promoting changes in the dry season conditions and stress to trees that will produce even more emissions,” the lead author of the report, Luciana Gatti, told the Guardian. “This is terrible negative feedback that increases the emissions much more than we knew.”

But emissions aren’t the only issue linked to deforestation. When forests are cut down, the wildlife that relies on them for survival is impacted, too. The Amazon rainforest is home to several endangered animal species, including jaguars, Amazon river dolphins, uakari monkeys, and South American tapirs. But the more deforestation occurs, the more their survival is threatened. Last year, one report suggested that more than 10,000 species of plants and animals were at risk of extinction because of Amazon deforestation. 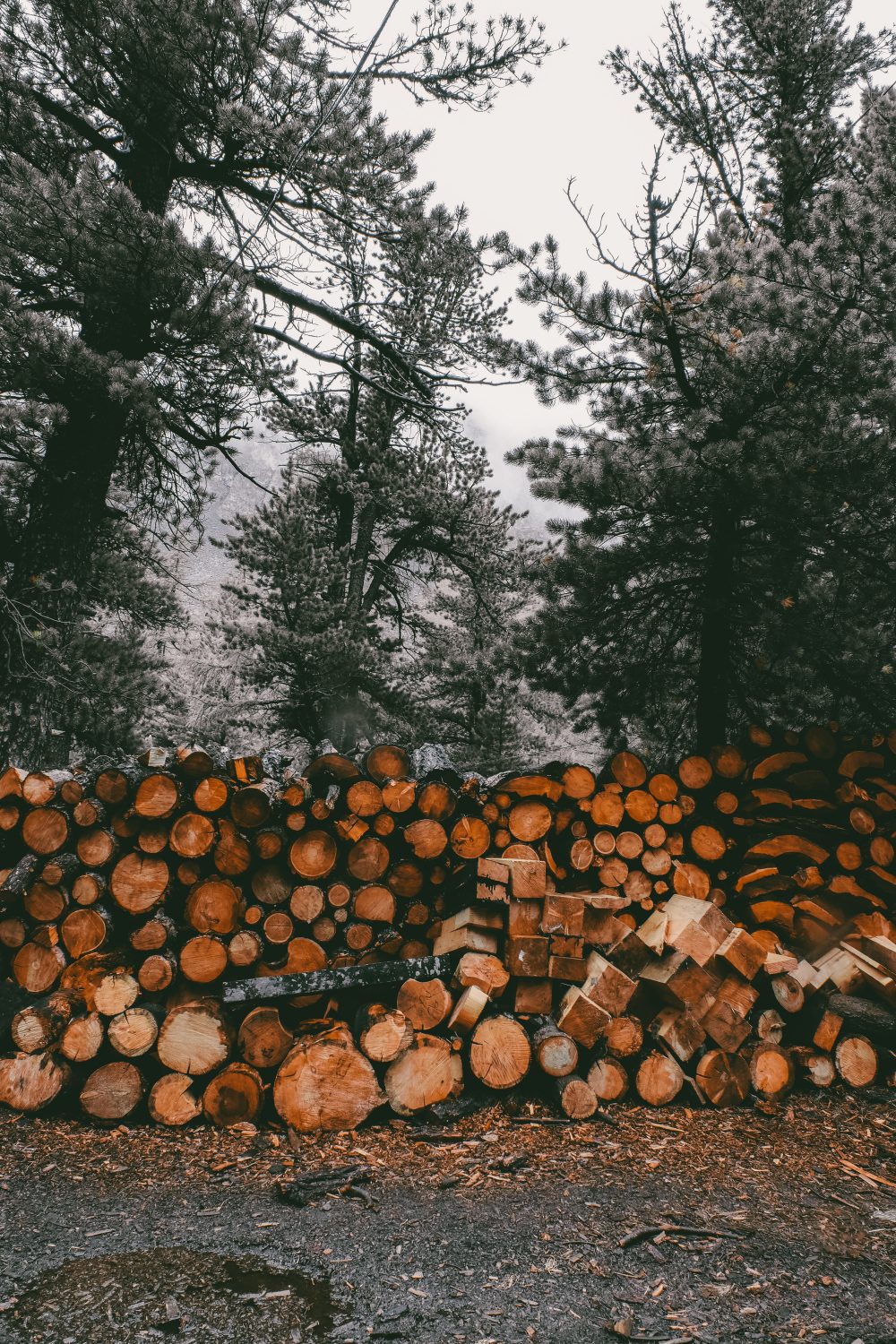 What is meat’s role in deforestation?

Right now, the global beef market is worth more than $467 billion. And by 2030, according to market research, it’s predicted to progress at a compound annual growth rate of 4.8 percent until 2030. But all of this demand has a consequence. To produce more beef, more cattle is required, which means more land. Last year, research by Global Forest Watch suggested that beef production drives deforestation five times more than any other industry.

But meat’s relationship with deforestation doesn’t stop with beef. The same research found that soy is the second biggest driver of deforestation, and between 2001 and 2015, it destroyed more than eight million hectares of forest. Most of this was not grown for human consumption. In fact, only around six percent of the world’s soy is consumed in products like tofu and soy milk. Most of the world’s soy, nearly 80 percent, is grown for farm animal feed. This means that, alongside beef, products like eggs, milk, cheese, nuggets, sausages, bacon, and more, are also associated with deforestation.

What’s being done to curb deforestation?

In the past, Brazil-based JBS, which is the world’s biggest meat processing company, has committed to try and stop destroying the rainforest. But recent reports suggest that it is still actively engaged with deforestation. In November 2022, it admitted to buying nearly 9,000 cattle from one of Brazil’s biggest deforesters between 2018 and 2022.

At the time, JBS claimed it had been a victim of fraud, and didn’t realize that the cattle were linked with deforestation. But many organizations, like the group Drop JBS—which is supported by several environmental nonprofits, including Greenpeace and Mighty Earth—claim that deforestation is intrinsic to JBS’ operations. “Don’t be fooled by the cover,” its website reads. “Deforestation is in JBS’ DNA.”

But the company isn’t operating alone. Drop JBS claims that the supermarkets that sell JBS products, as well as the banks, investors, and lenders that finance it and the leather industry that relies on its byproducts, are all responsible for perpetuating deforestation.

That said, some supermarkets have taken steps to stop rainforest destruction. Tesco, the biggest supermarket chain in the UK, claims it is “supporting initiatives that combat deforestation,” and is striving to make its soy supply chains deforestation-free by 2025. And in 2018, it stopped sourcing beef from Brazil over deforestation concerns. But according to Greenpeace, it still sources meat from Moy Park and Pilgrim’s Pride, which are JBS subsidiaries.

To truly curb deforestation, laws need to change. And thankfully, progress is being made. In the EU, for example, a new law aiming to tackle deforestation was recently agreed. When it comes into force, all companies operating in the EU market will be bound legally to perform strict due diligence and ensure products like coffee, beef, and cocoa do not contribute to deforestation. 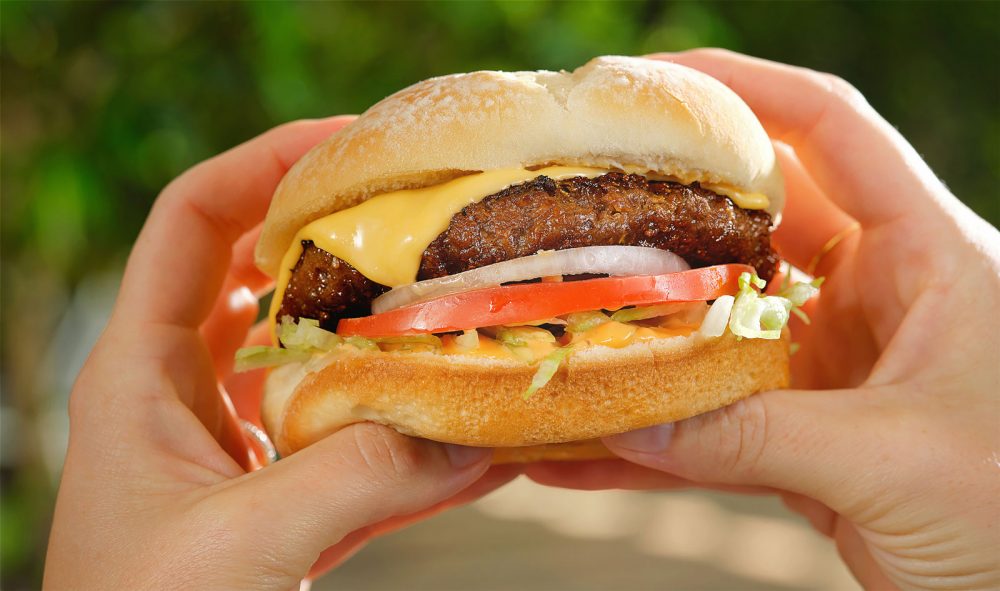 How to avoid products linked to deforestation

While some progress is happening to tackle deforestation, there is still a long way to go. But as consumers, we can avoid products linked to the global destruction of forests by choosing to purchase plant-based products instead of beef or other animal products.

Nowadays, if you’re craving beef burgers there are plenty of alternatives on the market that taste the same but are made from plants. Both the Beyond Burger and the Impossible Burger, for example, are designed to mimic beef, and new products are emerging on the market all the time. In fact, by 2030, some reports indicate that the plant-based foods market could hit a value of more than $162 billion.

And in 2022, another study suggested that swapping 20 percent of the world’s beef consumption with products like Quorn, which are made with microbial protein and require very little land to produce, could cut deforestation in half.

“The good news is that people do not need to be afraid they can eat only greens in the future,” the study’s lead author, Florian Humpenöder, from the Potsdam Institute for Climate Impact Research, told the Guardian. “They can continue eating burgers and the like, it’s just that those burger patties will be produced in a different way.”